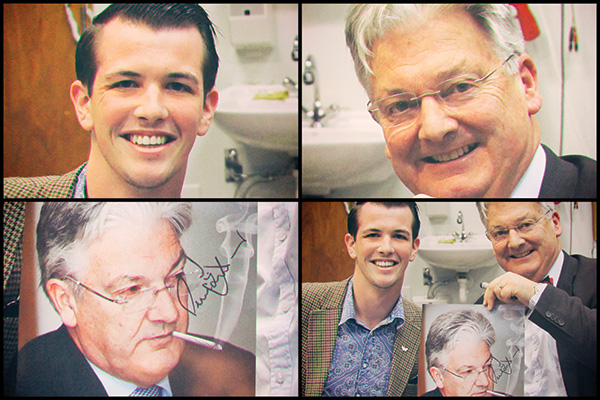 Oh! To find one’s place as a student!

It may seem quite late in my tenure to have done so, but over the mid-year break I started noticing a lot of media coverage centered around US universities, students’ associations and publications. My observation was simple: while students in New Zealand struggle to find a voice, let alone be taken seriously by “real adults,” the equivalent American college culture plays a central role in American society. One recent story explored the efforts of the Associated Students of the University of Nevada (a students’ association) protesting Hillary Clinton’s hefty $225k speaking fee. Yet another detailed the uproar at a 19-year-old Texas Tech cheerleader being a hunter. For sure, these two cases feature cultural phenomena that we largely don’t see in New Zealand (I mean cheerleading, not hunting), but the point remains: student voices can and should be central to a country’s contemporary culture.

So, what are we missing?

It’s not for lack of “representation” within the hallowed halls of our parliament. There are plenty of ex- student politicians and publication editors holed up in there. Peter Dunne was the president of the University of Canterbury Students’ Association, Grant Robertson was the president of OUSA, and Holly Walker was the 2005 Critic editor. To be fair, these particular individuals do seem to have their heads relatively well screwed on when it comes to student issues – particularly Robertson – but both the politics and contemporary consciousness lags well behind the magnitude of the student plight. And it’s getting worse. Students don’t seem to give a shit; politicians completely ignore students all the while making hollow election-year promises centered on buzz-phrases such as “universal student allowances;” and the wider population only ever pays attention when they can complain about student unrest, despite this often being mis-aligned from the acts of those living outside of town. It’s the perfect combination of complacency and ignorance for things to get much, much worse.

Yet as New Zealand’s supposed pillars of knowledge, tertiary institutions are certainly important. Their research is extensively used; politicians maintain relationships with relevant departments; world-renowned artists will lecture classes. And more to the point, New Zealand’s wider culture appears to have angled itself towards seeing tertiary education as vital. It is therefore a jarring oxymoron that no one seems to care about students and what’s going on at universities outside of Vote Chat and the latest in Biochemistry research.

Is the reason for such complacency perhaps, then, tied up in one of our key differences from US college culture – sport? Personally, I don’t honestly care too much for sport, but if, say, the University spent some marketing budget on inter-Uni rugby matches rather than sponsoring the Highlanders, would this heightened mainstream relevance of student culture lend a hand to engagement with students’ associations and a heightened interest in student media?

For sure, that’s but one small idea that could work within our particular New Zealand context. I would also like to think that events such as OUSA’s Dunedin Craft Beer and Food Festival are a step in the right direction. As much as “the meeting of town and gown” may sound like the cheesiest cop-out of a PR buzz-phrase, it truly is an important goal if we want to make attendance at universities more worthwhile, desirable and culturally significant. That’s certainly not to say that we should forego other student-centric events such as Orientation or the Hyde Street Party, but if students are the cultural group that proactively move towards being taken more seriously, then the act itself may lend to the cause.