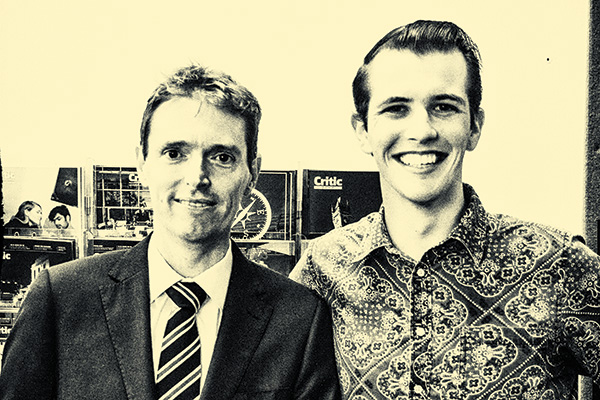 Last Tuesday and Wednesday, the Critic office was tuned in to Parliament’s question time with the hope of watching Judith Collins’ head roll over the Oravida scandal, her habitual dishonesty, and her generally awful demeanour. As at the time of writing, it was both disappointing and surprising to find that this hadn’t yet happened. We thought we were good judges of what would be important viewing, especially considering that the last time we bothered watching Parliament TV with such a keen interest and certainty of change was to experience Maurice Williamson’s famous “big gay rainbow” speech and the subsequent triumph of the Marriage Amendment Bill.

It wasn’t just us, either; we spent the whole time chatting online to family members and friends who were also watching, most of whom would not have been doing so out of habit. The country, left and right, was for a rare moment more-or-less united in an impassioned dislike of one political figure. This has been reflected in the polls, with a Labour-Greens alliance coming in at 45.5 per cent, ahead of National’s 42.5 per cent for the first time in, like, forever. But on reflection there may be a reason that Collins is still standing. The left certainly shouldn’t breathe easy yet; as terrible as National looks over this debacle, the general way in which the Opposition went about attacking them reflected too much on the fact that their only political tactic seems to be using buzz-phrases and vitriol (with a few exceptions, granted). This came across so blatantly in the debates that the implied significance of the poll is, simply put, quite surprising.

The issues being debated – not only about Collins but also of Maurice Williamson – are very real and important ones. However, the stench left after the debates was not of corruption or a lack of confidence in the Government, rather it was that of the Labour Party going into a feeding frenzy over what they were clearly treating as, perhaps, their last chance to pull National down the ladder. They’re not even attempting to look good themselves anymore, and it’s sad. You can’t help but feel kind of embarrassed for them. Do we really want that to be the attitude towards running the country?

On the flipside, however, it’s certainly worth noting that Grant Robertson looked like a true leader. Unlike almost everyone else, he backed up his statements and criticisms with documents, a strong turn of phrase, and a general air of preparedness, confidence and competence. Labour certainly fucked up that decision.

But while the Opposition’s MPs are, as a general rule, just fucking useless, what’s up with so many of National’s MPs being genuinely awful? Paula Bennett, Gerry Brownlee, Steven Joyce, Judith Collins … You’ll find that most National supporters you talk to seem to agree that these are amongst the most unlikeable characters in our country. To say that we are confronted with a lose-lose situation seems like an understatement after last week. At least, whether rightly or wrongly, John Key and Bill English seem personable and switched on, and when they fight fire with fire, their fire is hotter. The Opposition should stop playing National’s game and actually use their brains.

Speaking of political circle-jerks, here we give you yet another gratuitous image of me with a party leader. I struggle with Colin Craig’s politics, but as Political Editor Carys Goodwin reveals in her interview on page 12, it’s fair to say that he’s finally learned to give off the charisma that’s required from politicians.