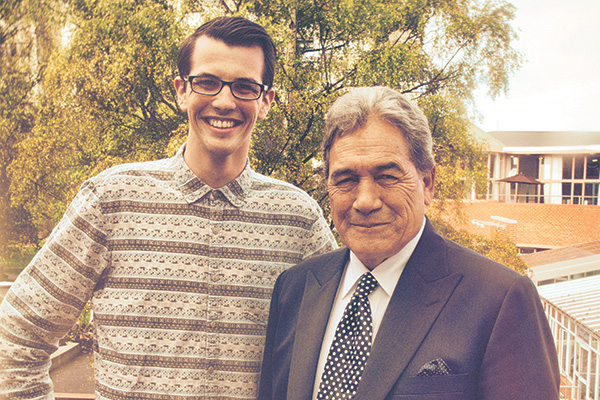 That holiday was hard

I sincerely dislike public holidays. I understand that many others do, too.

Before I explain, I feel the need to emphasise that I am a big supporter of increasing workers’ rights. I’m not at all a fan of what currently seems to be an inevitable enslavement by employment, I understand the importance of family time, and after editing Critic for just two months I definitely understand why people need holidays.

But let’s be honest here. Public holidays are a momentous pain in the ass. You have to plot your life well ahead of the one-hour window that most of us operate by (even the damn supermarkets are closed) and if you do so happen to find a business that’s open, you’ll get whacked with a whopping great surcharge.

It also strikes me that cell phones and emails have made public holidays rather useless, anyway. It seems that although everyone else conveniently hides from the day, there’s always something urgent that you need to do; some piece of work that you’ve been meaning to catch up on or a task that a family member pushes your way.

As for Easter, in particular, can someone please remind us why one can’t buy alcohol, even if you are fortunate enough to stumble across a shop that stayed open? Everyone, of course, has a right to religion – it’s the sort of right that should always be defended even by those it doesn’t strictly apply to. But on the same note, we should be stepping back to think when a nationwide affiliation with religion restricts everyone else’s lives. Alcohol does a lot of societal harm; so much so that I could almost entertain the thought of having an arbitrary alcohol awareness day that restricted its sale. But please don’t link it up with a religious holiday.

So how many such holidays do we have? 11 all-up, by my count, if you include Otago Anniversary. Why don’t we add one more and just say that everyone gets the equivalent of a three-day weekend once a month? That way, entire businesses can simply reshuffle staff and not be penalised a day of revenue, and if you want to get a flat white from your favourite cafe just around the corner, you can. The meanings behind these days in the wider populace are increasingly being lost, anyway. And if any of the days we currently celebrate do have particular meaning to an individual, there’d be nothing stopping them from cashing in their holidays on the same days as we’re currently forced into.

I don’t know, maybe there are international reasons for certain areas closing up. For example, perhaps there’s no point in the New Zealand Stock Exchange operating when everyone else around the world is having a family dinner.

But the question I have is this: why would you make everyone’s life more difficult as a reward for working hard?

Thanks to a combination of Easter Monday, Otago Anniversary being observed by the University last Tuesday, and our printers being closed for ANZAC Day on Friday, last week technically saw Critic forced into a one-day production cycle. Now, we’re all rather dedicated here, so this isn’t strictly true, but making Critic requires endless phone calls, content sourcing, and coffee runs. With most of these unable to be achieved until print day, it made life pretty difficult.

My editorial photo has nothing to do with this whatsoever. But now that I think of it – what would Winston do? Politics Editor Carys Goodwin interviews him on page 12.