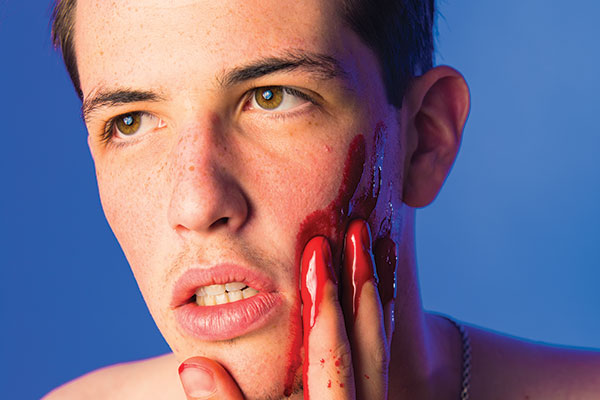 Opaque is the coldest colour

In this issue, Loulou Callister-Baker’s feature “Opinion Entitled to Hearing?” (page 28) speaks of the importance of transparency and accountability in universities and student associations. It’s a pertinent piece. Personally, a huge issue of mine is that I have often found the University of Otago to be exceptionally opaque – so much so that I can’t help but draw Orwellian connotations from their demeanour.

Back in September last year I heard a tip-off about the embezzlement case involving Charlotte Solomon, 2013 president of the Maori Law Students’ Association. In fact, I had separate tip-offs from three different primary and reputable sources and another stream from secondary sources. Not one person would go on the record, but it happened so many times that any realistic person would start treating it as fact. In hindsight, this would have been a sensible choice, and I regret having such a fear of New Zealand’s defamation laws that we didn’t plough ahead with breaking the news.

Naturally, one approach we made was to the University’s media office. In return I received a terse phone call, the clincher being told something to the effect of “if the ODT aren’t on to this story yet, then you kids shouldn’t be sniffing around in such big matters.” I have two responses to this. First off, sniffing around like we were is one of the privileges of being in student media – although we adhere to high journalistic standards, we are at much more liberty to run head-on into University issues because that’s our job. Second was the implication that we’re not real media and we don’t know what we’re doing. I don’t feel like I need to delve into why this assumption is wrong, but considering the great reporting that student media is often responsible for, I found the insinuation insulting and characteristically short-sighted of the high-horsed University.

The next part of the phone call was threatening, too. A reporter had mistakenly used Solomon’s name when asking about the case, which I agree was bad journalistic practice. However, it was a small mistake, easily taken back, that was then used as a technicality to support the University’s cover-up. “How dare you name someone?” was the gist of this conversation-concluder. Of course, we would’ve used that great word of legal insurance – “alleged” – a healthy number of times. And at the end of the day, despite knowing who it was, we wouldn’t have named the alleged individual unless our lawyer approved of us doing so, which I can almost guarantee wouldn’t have happened.

The absurd thing about defamation law is that if we were more bullish, we wouldn’t have been able to publish Solomon’s name or title – only that the offender was an Executive member of the Maori Law Students’ Association. Yes, it means that Solomon’s reputation wouldn’t immediately be lowered in the eyes of a reasonable person, which keeps Critic out of the shit. However, it suddenly brings into disrepute the seven other unrelated Executive members of the Association. It seems like a terribly thought-out law to me.

Matters escalated further when another Critic reporter had a door closed on her upon approaching someone from the Faculty of Law for comment. We had been informed (correctly, as it turned out in a response from the Ombudsman) that although the Faculty does not hold any financial records of the Association, they were tipped off to investigate the issue, and it was this tip-off that started the legal proceedings. Naturally, hearing this revelation opened another avenue for Critic to pursue the story, but the Faculty wouldn’t have a bar of it.

In the most literal sense, multiple areas of the University had banded together for a cover-up. They all knew what had happened, which is why they reacted so extremely.

Damage control is all well and good – we all do it - but we’re talking about fraud here. We’re talking about the fact that members of the Association would have been going to vote for the 2014 Executive in the very near future, and such elections tend to include referendums if applicable. Maybe they’d want to vote on the basis of change if they had known the story. I know I certainly would’ve. It’s this lack of accountability that can so easily result in disillusion on the part of those who should otherwise be voting. With cases like this, it’s easy to see why people don’t think their voices are heard; the elite are all controlling anyway, protected through bureaucracy from criticism and change.