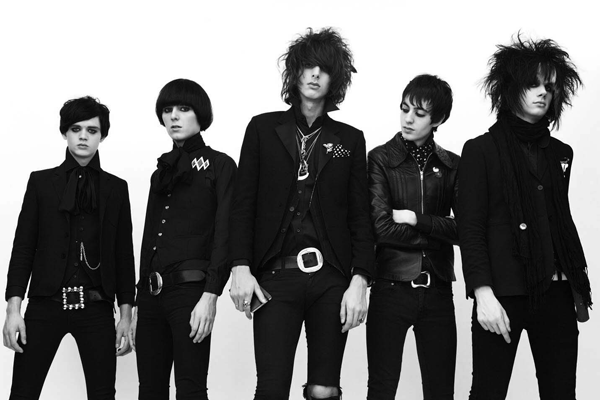 How To: Be a Muso

Breaking into the music scene is a huge challenge, especially in a country as small as NZ. You need the right sound, the right look, good timing, and that certain something that sets you apart from the crowd. But fear not aspiring musicians! Critic has put together an easy guide on how to be a muso …

Step One: Carry around an instrument. It’s not essential that you know how to play it. In the long term that is going to help of course, but for now we are working on image. A guitar is an obvious choice, but a little bit clichéd. Even Ukuleles have become a bit passé. You want to be easily identifiable as a musician while still standing out from the crowd. Think an obo, or perhaps a harpsichord.

Step Two: Smoke rollies. True musicians don’t give in to big tobacco telling them to smoke uniform perfectly-tailored cigarettes. Learn to roll your own skinny as fuck cigarettes, and spend far far longer than you need making them, while telling stories about the last groupie that you banged.

Step Three: Wear black. That your jeans will be skinny pretty much goes without saying. Whether you are a dustbowl rocker or an indie hipster, skinny black jeans are essential. Once you make it big, you might be allowed to throw a little bit of colour in.

Step Four: Sex and Drugs. We all know the old cliché, but sex and drugs really are essential elements of the muso story. What are you going to have your autobiography ghostwritten about if you didn’t slam a shit load of cocaine off the nubile breasts of 17 underage groupies, and then spend years battling your addiction?

Step Five: Hang out with Jamie Green. No Dunedin band has avoided Mr Green on their way to stardom. Some say he is older than time itself, others argue that is just his jeans. But whatever the truth, you never really know you’ve made it until Jamie “the scenester” Green has dropped you on your face outside Re:Fuel after one too many tabs.

Step Six: Not really essential, but you should probably have some talent, learn to play a range of instruments, create a funky new sound, and work your arse off for several years. Good luck with that.
This article first appeared in Issue 12, 2012.
Posted 7:58pm Sunday 20th May 2012 by Staff Reporter.