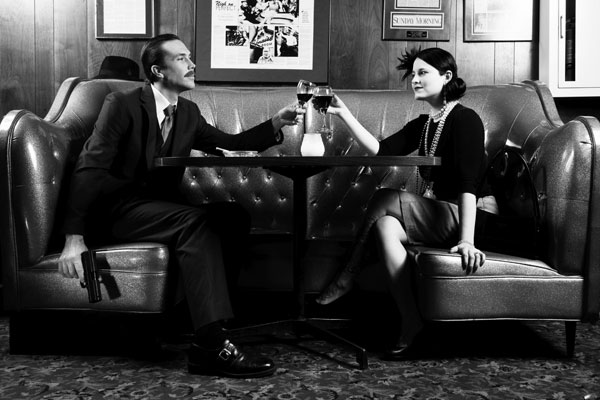 Me Love You Long Time | Issue 6

Dunedin is renowned for many things, but its dating scene is not one of them. Getting boozed and pashing people on the dance floor is hardly anyone’s idea of romance, so Critic wants to sort you out. Every week we’re sending two loveless loners on a blind date to Tokyo Gardens (with a bottle of wine to ease things along of course) to see if we can make some sparks fly. If you want in on the action, email critic@critic.co.nz.

So I was getting drunk at home on the vodka and mothers because I thought a bit of Dutch courage would be both helpful and entertaining. I put away 4 solid sized glasses and a stack of mother for a boost and set out on my way, already running late, only because I know being late is a great ice-breaker, and that would make me the less awkward and stupid looking one. Looking just the right amount of skuxx . Not too skuxx, but skuxx enough to pull off cool but casual. I headed out.

Anyway onto my date, first impressions I thought she was cute and attractive so thanks Critic for not setting me up with a dusty minga. We moved into the booth to get crakin on our wine. Funnily enough we got on pretty well, 10 points on the chat there date. An hour went by and we hadn’t even ordered, too busy smashing wine and with chat that good you gota keep it going. Post feed and wine we headed out to carry on drinking at various Tuesday night hotspots, it must have been around 930pm.

I now realise how pissed I was really getting because im not sure If we went to moon bar on the way to octy. I do remember arriving at Dilluso. I was lucky enough to know the bartender, the talented and awesome Ofer who I think was hookin it up and making me look cool in front of my date, chur bo.

After a wonderful big night out on the town, wining, dining and drinking, I walked my date home because im such a gentlemen; funnily enough it was back to Unicol. My date invited me in because she had some pictures and stuff to show me, the guard wasn’t on which made life easy. It was quite late at this point and we ended up fooling round, then my boy got a flicker of the old whisky dick. Shit what an awkward and rats moment to get a softy. Fuck you cock for being there for me when I needed you. Anyway it was quite clear to both parties that our night was over, so I bailed of course, getting my fat stumble on home to drunkenly wake up and annoy my flatty’s to re-count the nights details (that I could remember ).

All in all I rated the night, we got wasted, good chat, fun drunken wandering around town and even a few moments in between that no-one will ever remember or know. Cheers to my date shot for the night out and showing me your photos and stuff ...

I’m not gonna lie, I was nervous. A few drinks were needed to get through the pre-date jitters. I decided I’d have a glass of wine, or bottle, beforehand. To save time, I drank the wine critic gave to us and figured I’d pick up another on my way. After I finish the bottle I fight off my friends insisting it would be hilarious to smoke a big fat J with them before the big night. I win, and just show up tipsy.

I get there first (I guess I forgot about the whole fashionably late idea) and end up just sitting there like a fucking retard. He arrives and the first thing I think is WOW. He was massive! Tall, broad shoulders, looking liking a bouncer (later he tells me he is one for a club)

Usual conversation begins and the chat starts flowing. We piss off the elderly couple next to us and they leave. We further annoy the restaurant owners when half way through our second bottle of wine we haven’t even ordered yet. We talk about everything, and the conversation is going pretty well. By the time our food arrives we realize that neither of us are hungry (I’m sure it was delicious), so we’ll just go to a bar instead. He leaves his phone there and the sweet little Asian woman chases us half the way down the street.

Eventually we decide that we’ll walk home. It’s about 2am at this point. He walks me in, and I show him my room. (I don’t think he’s impressed, I’m a fresher and live in a college.) Floor-mates have put rose petals all over the floor leading up to the bed. Smooth guys.

After a few more yarns about my photos we start fooling around a little. Apparently the way to get head is to flop it out and say “suck it”. Clearly I say no. We don’t bone. But I sleep well.

My ginger friend informs me today that I should cut him some slack. They crushed up 2 Viagra and spiked the wine. Fantastic. Is that why he went to the toilet 3 times during dinner?

All in all, it was fun and pretty fucking random. He leaves me his number, and says he hopes I’ll text him so we can have another date. He was a really nice guy, I think it was just too much of a drunken mess. The number is still sitting in the exact place he left it.
This article first appeared in Issue 6, 2012.
Posted 7:07pm Sunday 1st April 2012 by Lovebirds.