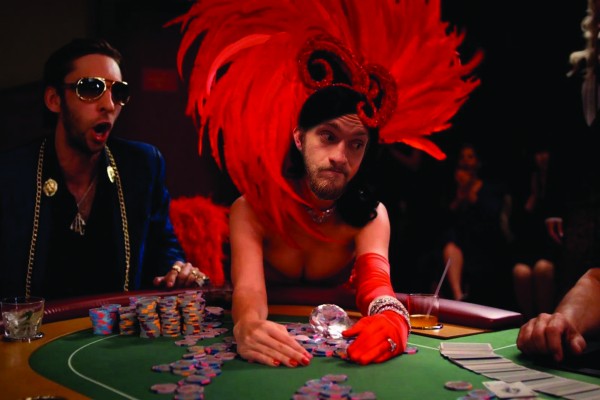 Local elections are coming up, and I think we need to stack the regional council with people like the ones that run Vegas.

In the mag this week, Elliot’s written an excellent piece about the Otago Regional Council (ORC) and their management of a major river in Otago. It’s completely absurd, and it made me think of another river experiencing flow-woes: the mighty Colorado, which no longer even reaches the ocean. The western US laps up pretty much every single drop of water in the river, 24 hours a day, seven days a week.

Vegas - for all its sinful reputation - actually has a remarkable track record when it comes to water retention. The Colorado is drying up very, very quickly, spelling doom for any cities that haven’t already made major changes to their water restrictions. Vegas is way ahead of the pack; thanks to strict legislation, they now recycle up to 40% of their water, making them one of the most water-sustainable cities in the world. They have to be. It’s in a desert.

Over here in Otago, the Manuherekia river is managed by the ORC, and they’re not quite on par with the Vegas leaders. They’re currently allowing consents to pull nearly 26,000 litres of water every second from the river, a river whose recommended limit is 3,200 litres per second. The ORC have explicitly and purposefully retained this standard, flagrantly in spite of scientific advice and national recommendations. The council is run by a group of 11 people, of which seven have direct investments in local industry, specifically agriculture. Guzzling water undoubtedly protects their interests, which include growing crops in literally the driest environment in Aotearoa.

But unlike management of the Colorado, management of the Manuherekia is run by a very accessible group of people. Those 11 seats, deciding what the fate of this river will be, are up for election in October. And young people don’t usually vote in this election, so a surprisingly large turnout of students could make a big difference. This is a rare opportunity to make an immediate, tangible difference in a world where the people who perpetuate environmental damage usually feel impossibly far out of reach.

Otago isn’t a desert, but water woes aren’t far away for anyone in today’s changing climate. Cities like Vegas have proved that when push comes to shove, drastic action can be taken very quickly to keep the water coming; for once, what’s happening in Vegas should not stay in Vegas. So we’ve got two options. If we want to change who sets the rules on the Manuherekia, great. We can do that in this election. If that fails, and the ridiculous rates of water-guzzling continue, then we need to seriously start looking at strategies employed by cities like Vegas. Or both. Either way, the status quo is not sustainable. Leaving the future of our water supply in the hands of an unrepresentative, uncooperative council is a gamble we can’t afford to lose.