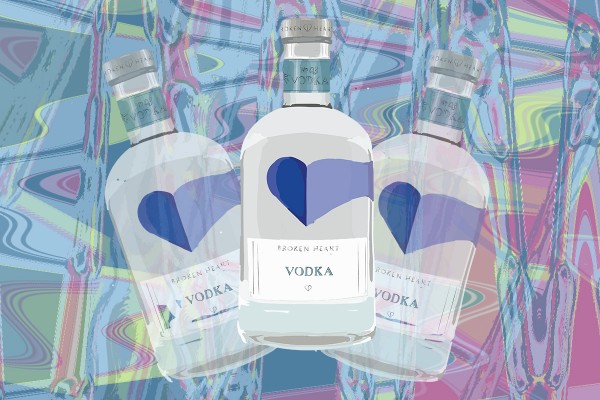 Joerg, creator of Broken Heart Gin & Spirits in Arrowtown, makes a vodka that has just been rated the best in the world. In the World Drinks Awards, his vodka beat out entries from 18 other countries for the title in the “pure neutral” category.

Coincidentally, and completely officially, Otago Uni drinkers are also rated amongst the best in the world. Critic reached out to Joerg to hear about how his spirits won such a lofty title, and what the average Dunedin student might think about his top-shelf drop.

A bottle of Joerg’s vodka comes in at about $80, which probably puts it well out of reach of your standard breatha - although at least one student we spoke to said that he’d try it, "just to see what nice tasting vodka tastes like". But there’s a good reason why it carries this hefty price, said Joerg: the quality of ingredients and the purity of the spirit. It’s also about water.

In an 80-proof spirit like his vodka, 40% of the drink is alcohol. “That means the other 60% is water, so the water is quite an important part”, Joerg explained. The world’s best vodka gets its water from a spring in Mt. Aspiring National Park, and from another source in Paradise, near Glenorchy. But water is just as important outside the vodka as it is inside it. “People say that you need a glass of water for every glass of wine [to avoid a hangover],” said Joerg. “But for spirits you need three glasses of water.” Joerg’s tips for hangover cures, by the way: plenty of water, a strong coffee, and some lemon juice, “for the Vitamin C”.

It’s worse for cheap spirits, he said: “Some cheaper alcohols can contain synthetics, which can come with some risks… higher amounts of methanol traces,” or even surprise allergens. These mean “you end up more likely with a hangover [and] a headache,” said Joerg. Broken Heart vodka, though, is entirely gluten-free, and contains methanol traces at a rate of 3 parts per million, which is remarkably low (the legally-permissible limit in NZ is 700 parts per million). And for any non-chemists out there: methanol is the bad, blindness-causing stuff, while ethanol is the good stuff.

Despite the dire warnings, another student we spoke to wasn’t convinced. “You can buy two bottles of lower-grade vodka for that price,” he said. He reckoned that “good vodka still tastes like shit and our budget doesn't allow for that. No vodka is good. Maybe you’ll feel less like you want to die after drinking it but you still want to die, just less. Instead of knives, it's a gun.”

Joerg seemed to disagree. He said that “We all have to learn [to appreciate the finer things]. That’s the interesting thing in life. When you're young, you might not care about a lot of things. When you get older you appreciate these things more.” Feel free to reflect on that wisdom over a sip of the world’s finest vodka.