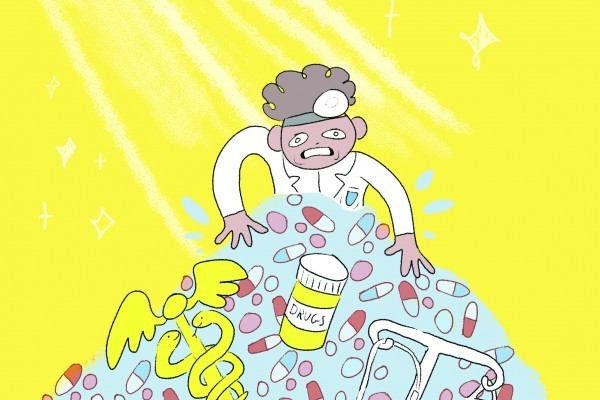 Students Stranded on Placements in Lockdown

Around 530 students studying health professional programmes were out on placement across the country when the snap Level 4 lockdown was announced, according to the Pro-Vice-Chancellor of Health Sciences Paul Brunton.

For some, like Owen, a third-year pharmacy student who was placed in Whanganui Hospital, it was as simple as going back home within Whanganui.

For others, like Michaela, another third-year pharmacy student who was also in Whanganui Hospital, it was the start of a 48-hour journey from hell. She recalls, right after a hard day’s hospital work, she was kicked out of her accommodation.

“You see I was staying in a motel, and I suspected they wouldn’t allow me to stay after the alert level change at midnight,” she said. “So, when the announcement was finished the motel owners came to the door and asked if I was planning to leave, implying I had to be out before the level change.”

Despite being in the unknown territory of the lower North Island, she was able to escape to safety, albeit temporarily. “Luckily I had borrowed a friend’s car from Palmerston North. I have two close friends there, and ended up staying with the non-car owner friend who lived by herself,” to avoid bursting the car owner’s larger bubble.

Both her preceptor at the hospital and School of Pharmacy Placement Coordinator got in touch very rapidly.

“They were obviously under a lot of stress.” Michaela observed. “The preceptor was so nice she called to make sure we were okay and had somewhere safe to go and stay.” But unfortunately, the DHB concluded that students aren’t essential workers. Her and Owen’s placements were cut short.

At last, two days later, she braved the dangerous trek back to Dunedin. It was arduous, and involved blind luck, randomly enforced Level 4 restrictions, and Mosgiel.

“I stayed [in Palmerston North] for a couple of days before getting a plane back to Dunedin on Thursday. The friend I was staying with also went to her parents’ right after I left. If I couldn’t leave, I would’ve been out of luck. I flew through Christchurch and the flight was packed without social distancing, but then the one to Dunedin was very empty,” reflecting the mass exodus of scarfies. “My boyfriend then took me back to his parents' place in Mosgiel where I’ve been staying since. Bit of a nuisance without proper clothing and things to stay this long,” Michaela concluded with a sigh.

Pro-Vice-Chancellor Brunton stated that they “communicated regularly with students” once lockdown was announced.

“We provided online learning for the theoretical components of our programmes. Schools within the Health Sciences Division also communicated directly with their students, including those on placement. We also have placement convenors within our health professional programmes to provide pastoral and other support as required, who were also in regular contact with students on placement about accommodation and other arrangements.”

“It was a very, very stressful couple of days,” Michaela said.