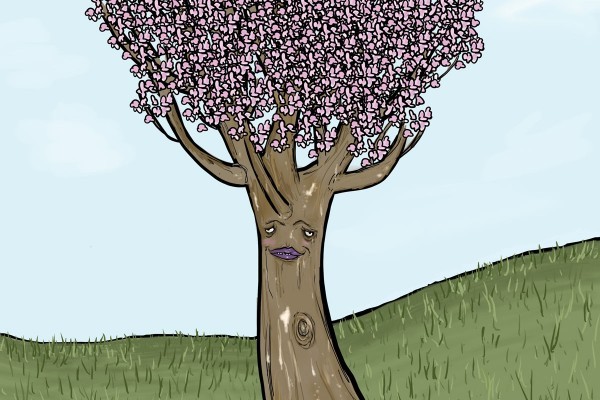 Each year, bets are taken on when the first Magnolia bloom will appear between the Clocktower and Quad. This year it was August 10. The average blooming date has gotten earlier and earlier since records began in 1995.

Gut instinct would attribute this early blooming to climate change. As seasons get warmer earlier in the year, flowers tend to bloom earlier to keep pace. But that’s not necessarily the case with these specific magnolias. The trees themselves get taller every year, meaning that they receive more and more sunlight earlier in the year as the years go on. The first bloom of the year is always towards the top of the tree, the parts that are poking out of the shadow of the roofs that border it.

This year’s bloom was coincidentally spotted just a day after the Intergovernmental Panel on Climate Change (IPCC) released their sixth report. The report was widely shared on social media, with many young people lamenting that it described “how fucked we are,” and warned that some consequences of climate change will be unavoidable even with drastic and immediate social change. The report stresses the fact that changes to our global and personal habits will still have an impact on the future of our climate, and should be taken seriously.