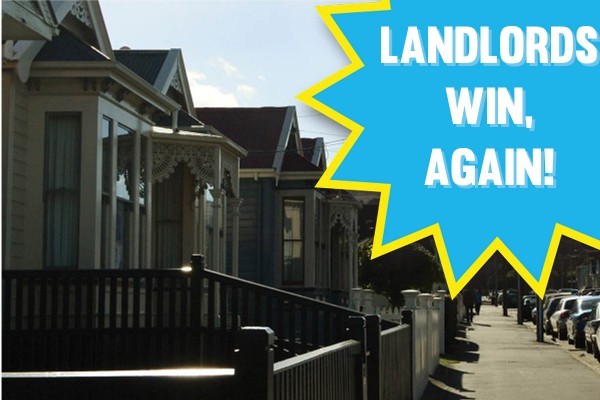 At least your boyfriend has a bedframe

A mysterious carpet stain caused two Dunedin tenants to take their landlord to the Tenancy Tribunal, asking for $12,000 in compensation. The landlord responded that this stain formed because the tenant slept with his mattress on the floor for seven months — which the Tenancy Tribunal agreed with.

According to a Tenancy Tribunal ruling, the tenants of 92 Russell Street took landlord James Chin to the Tenancy Tribunal. They were asking for $11,691 from James, for “damage to goods, health costs and a rent reduction due to being unable to use a bedroom.” On February 3, they found a moisture stain on their carpet and mould on the skirting board. This was confirmed by a builder who found that “the underlay was wet and the concrete slab was ‘drenched in moisture,’” and hypothesised that it could be because there was a leaky pipe behind a wall.

James, rather surprisingly for a landlord, tried to do something about it. He called a who’s who of tradies to find and repair the leak, replace the carpet, and redecorate the bedroom as well. Salvador and Anlin complained that it was taking a while, though, especially because while the repairs were going on they had to be banished to their lounge.

However, fixing the leak didn’t seem to solve the dampness problem. This lead James to suggest a far simpler reason for the dampness, which was that the tenants had been sleeping on a mattress on the floor for the last seven months. Evidence for this presented by the landlord included that the builder never saw a leaking pipe, but saw the damp carpet immediately after the mattress was removed. In addition, they also found that the “mould stains on the carpet matched the stains on the mattress.” Surprisingly, despite “regularly airing the mattress,” the mould kept growing.

In an oddly savage takedown, the Tenancy Tribunal judge found that the premises were not being “used and lived in in a normal way,” which meant “it is the tenant’s problem.” They then agreed that the tenants sleeping on the floor was probably the cause of the mysterious stain, and threw out their $12,000 claim for compensation.

The tenants have informed Critic that the matter is going to a rehearing later this month, and they will be claiming that the pipe was the cause of the mould.