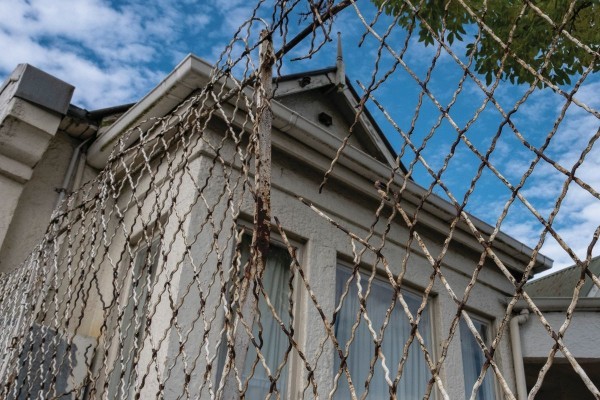 Extreme Home Makeover: Make Your Tenants Pay For It Edition

Landlord charges $13k in damages while conspicuously renovating the flat

A recent Tenancy Tribunal ruling showed a landlord tried to claim $13,000 of damages from a NEV flat, but failed because the damage was only worth $4,000.

The landlord “did not wish the tenants’ names to be published,” so their names were redacted from the Tribunal ruling. Critic Te Arohi could not contact them for comment. Darling Realty did not respond to our DMs or requests for comments, either. Here’s what we do know:

Darling Realty, the property managers at 189 North Road, claimed at the Tenancy Tribunal that the six tenants of 189 North Road did $12,858.93 worth of damage to their flat. This necessitated the replacement of five kauri doors, a heat pump grill, a kitchen benchtop, dining room carpet, the repair of three door frames, and the gib-stopping and re-painting of walls throughout the flat.

Kauri doors go for about a grand a pop and are pretty hard to find these days, so we’re not really sure what they were doing in a student flat in the first place, much less how they managed to break them. My mum always told me that “solid wood doors are a sure sign of a good home, sweetie.”

The tenants argued that $13,000 was a bit much, and that they had only damaged three kauri doors, two door frames and a heat pump grill — approximately $4,221.70 worth of stuff. But they did offer to clean the carpet.

The tenants said they had paid $5,760 towards damages, including the bond, which “they believed was more than enough to cover any damage they had caused.” They further claimed that “they had been taken advantage of,” with the landlord forcing them to end their tenancy a month early, while they still payed rent “towards damages” while the landlord did “extensive renovations of the property.” Immediately after that, Darling Realty reduced their claim of damages by $5,000, down to $7,098.93.

Despite this last-ditch change, the Tenancy Tribunal found that Darling Realty “failed to prove that the amounts claimed for repairs are reasonable.” In particular, the judge pointed out that the landlord’s “14-day notice” — the official notice to tenants that broken shit needed to be fixed up — only mentioned “holes in the hallway and two bedrooms,” while the landlord tried to claim costs to repair and repaint walls in the whole flat as well as the sleepout. They also found no evidence that the kitchen benchtop or carpet needed replacing, rather than just a good clean. As a result, the judge threw out Darling Realty’s claim for further compensation.