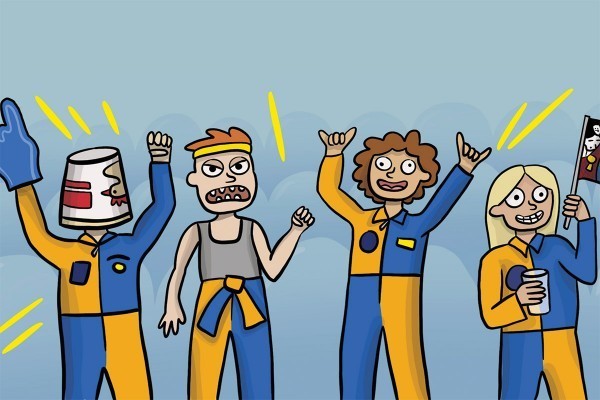 No Arrests After Rugby

Nobody was arrested at the stadium following the All Blacks vs Fiji game on Saturday, 10 July. Great job, everyone.

There were still some dickheads, though. A statement from the Police said that “several people” had to be removed from the stadium by staff or officers for “poor behaviour”. Meanwhile, English football fans rioted both before and after their team played. They lost, by the way. Viva l'italia

Officers must have been too busy with the “poor behaviors” to notice a very public incident of brutality: A large crowd gathered to gawp at the assault and battery of a group of Fijian men by a gang of black-clothed Kiwi hoodlums. The crowd viewing this tiff was large and rowdy, and showed no signs of intervening to stop the melee. In fact, many watching the bloodletting cheered on the assailants and kept score. Many were recording, and — perhaps most shocking of all — the event was televised.

Town was “rowdy” that night, according to second-year Jamie. There was lots of “whooping and shouting by older men”, many of whom “were clearly from out of town”. Lines were long, seats were rare, and dancefloors were sticky.

Police did not mention rates of arrest of call-outs to the Octagon, and said that there were “no other incidents of significant note in the city afterwards.”

The Zoo Pooper remains very much at-large, and a reward has yet to be collected for his apprehension.