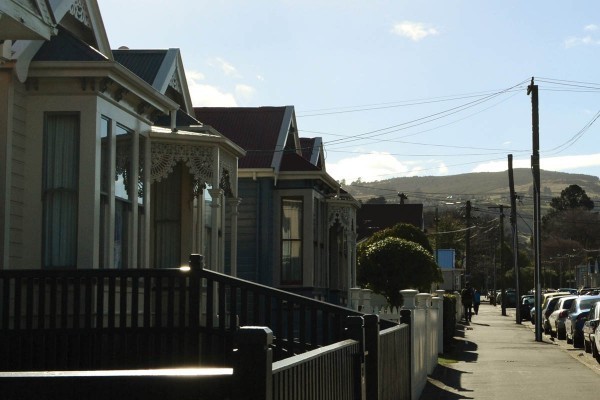 Freezer melts while they’re away, landlords try to make them pay

A North Dunedin landlord discovered damage to a flat during last year’s lockdown and unsuccessfully took the tenants to the Tenancy Tribunal for $1800.

The tenants, who were granted name suppression by the Tribunal, were not even at the flat at the time of the damage. The landlord entered the locked-down property on April 11, 2020, in a potential breach of the Level 4 self-isolation rules which were in place.

The landlords, Lyndon and Kirsty Clayton of Clayton’s Flats Otago, refused to comment, saying “no thanks,” when contacted by Critic Te Arohi.

According to the Tenancy Tribunal ruling, the Claytons discovered the composite bamboo flooring at 106 Harbour Terrace was damaged on the 11 of April. They found that the damage was due to a leak from their tenants’ chest freezer. They also discovered scratches on the bamboo floor which was rather ominously attributed to an “unknown source”.

In case the PTSD has already worn off for you, Aotearoa New Zealand was in Alert Level 4 at the time, which required anyone not working in “essential services” to stay at home. Work was only allowed if it was related to the continued running of other essential services, or to “address immediate health or life safety risks.” In case we haven’t made our stance clear here, financially milking the less fortunate for the ‘right’ to live in one of your homes is not exactly a job that society requires.

The Claytons then took their tenants to the Tenancy Tribunal, claiming $1800 in insurance excess for the damage, along with part of the bond. The tenants’ names and identifying details were suppressed on their request, and as a result could not be contacted.

At the hearing (the location of which was also suppressed) the tenants pointed out that they were not in the flat at the time that the damage was discovered, making the landlord effectively responsible for their property, as their job title would suggest. The Tenancy Tribunal agreed with this, noting that “at the time the damage was discovered, the tenants had no effective control of the premises due to circumstances out of their control.” As a result, they were “not liable to compensate the landlord for the damage” and the case was thrown out.

Rather mysteriously, the Tribunal ruling noted the leaking stopped after the freezer was moved out of the kitchen into the bathroom, and the freezer continued to work perfectly when the tenant removed it from the flat in May. Maybe the vibes in that kitchen were just off. Maybe they were hiding a body and it thawed out at the wrong time. We couldn’t get in touch with anyone involved, so we’ll never know.