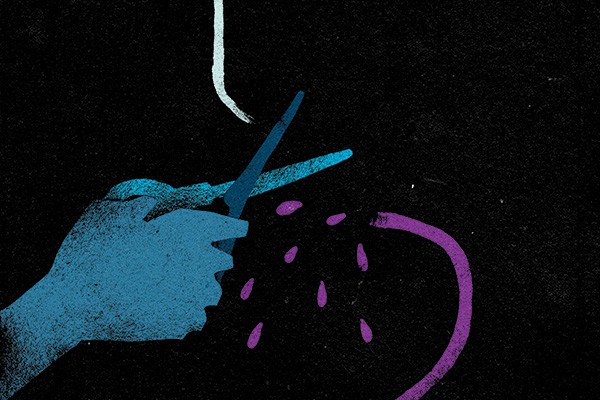 The New Zealand Blood Service are "planning a review" of their approach to gay and transgender donors. A trans student at Otago, who was a frequent plasma donor before they transitioned, said that “it's just fucked at the moment.”

Another student noted that the Blood Service ad campaigns imply that everyone can donate, when that’s not the reality. “It can feel really demeaning when they phrase it as if young people are lazy and selfish and aren’t donating blood, whereas in reality we’re just too gay,” he said.

“All current available scientific research shows a three-month deferral allows current state of the art testing systems to safely accommodate the window period between a virus being contracted and it being detectable,” said Francesca Chan from the New Zealand Blood Service. “We are currently planning a review of how we welcome and support gay men, transgender and non-binary people in our donor centres and through our donation processes.”

Milly*, who is a student at Otago, said that the screening process for donors made them feel “unwelcome” once they began to transition.

They said that there are three assumptions with that, all of which are incorrect. First, it assumes that trans women are straight and have sex with men. Second, it puts trans people in the same category as gay men, which isn’t the case. And third, it assumes that there is some benefit to asking that question as the very first step, over the phone, before doing a personal interview.

“Over the phone there's absolutely no reason to ask that question because in the interview, the pre-donation interview, they ask you on the little form and then they test everything, every single thing of blood because you can't trust straight people either,” Milly said.

“There's no benefit to asking that over the phone other than to make me feel less likely to donate because I don't want to be treated like I’m inherently sexually risky,” they said.

They don’t think that the individual people are transphobic, but “structurally they have to be transphobic [by asking those questions] … if that’s how they are told to be on the phone, then it makes me less likely to donate in person. Why would I fucking bother doing that?”

Milly said “it's dehumanising, you know, being basically told by the medical system that you are degenerate.”

Francesca from the Blood Service said that “[t]he evidence around the safety of donor screening alternatives based on individual behaviours is evolving and we hope that the picture will become clearer in the next two years.”

Dr Peter Saxton, who wrote the “Summary for the gay community” of the Blood Service’s changes to donation policies for men who have sex with men (MSM), wrote that: “Since certain blood-borne viruses like HIV are more common among MSM than in other groups, others acknowledge that deferral is a blunt but pragmatic way to minimise risks to blood safety, based on current technology.” He also noted that a study will begin this year to “see if it is possible to identify ‘low risk’ MSM who might be able to donate.”

There are estimated to be about 3500 people living with HIV in New Zealand. Dr Saxton's summary notes that the exclusion on blood donations from MSM is based on the "relative risk" of HIV rather than the "absolute risk" (i.e. the chance of someone actually giving blood with HIV is very low in MSM and trans women, though it is a higher risk than the general population).

Francesca from the Blood Service said “it’s important to know that NZBS does not discriminate against anyone on the basis of their gender identity, sexuality, race, or religion. All our deferral polices are based on the best scientific data available both from here in NZ and countries we benchmark our practices against, and are in place to ensure the blood supplied to our patients is as safe as practicable.”

At the start of the year, the UK lifted the three-month ban on donations from gay men who have been sexually active, moving to a policy that focuses on individual sexual behaviour. Gay men and trans women who have been in an exclusive relationship for more than three months can now donate blood in the UK.