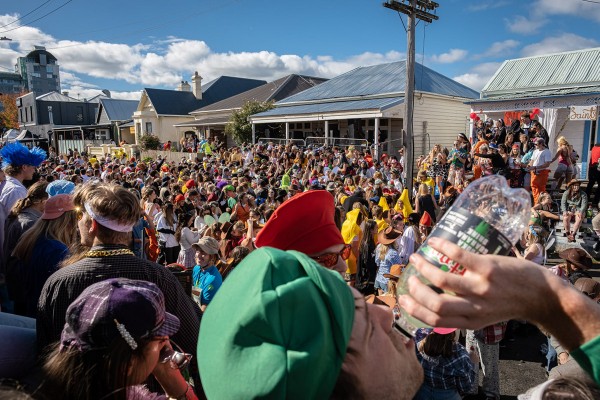 Like a reverse battle of Thermopylae between breathas and security

Increased ticket prices led many students to try to get in the free way. Most were caught, many were injured, but some were successful. Critic spoke to one such jumper.

Jamie* gave us the lowdown on how to get into the hoedown.

“We canvassed around to see a good jumping spot then got a text from ol’ mate saying the security at his flat was gone so we just hopped in easily. We made sure to wear long sleeves so the lack of a wristband isn’t noticeable.”

Long sleeves also reduces the chance of slicing one’s forearm on the sharp tin fences that surround many Hyde flats. These injuries commonly result in hospital visits in the days following jump-in attempts. One student was sighted leaping their way into a good time with their hands covered in gauze wrap.

According to Events and Operations Manager Jason Schroeder, security nabbed over 300 students trying to get over the fence. Those attendees would have bumped the total crowd numbers from 3600 to nearly 4000.

“The event ran smoothly, the large majority of attendees were well behaved without any major incidents,” he said. “Overall the atmosphere was really positive and the wider team involved with Hyde Street were pleased with the running of the event.”

A visitor from France reckoned it looked like “a fucking mess”.

Critic notes that if everyone jumped at once, security wouldn’t have been able to stop them all.

* Names have been changed.