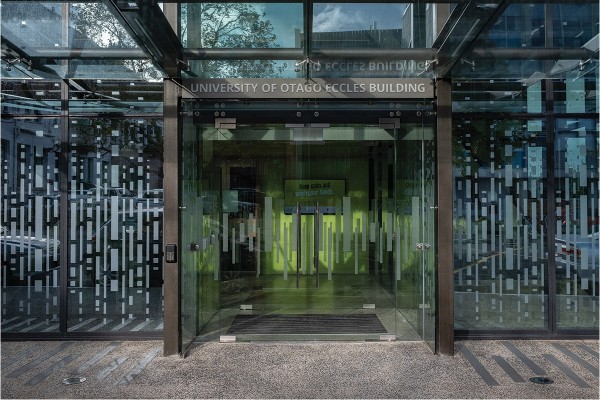 The opening of the University’s new multi-million dollar animal testing centre, the Eccles Building, has sparked debate between animal activists and students involved in animal experiments.

Students involved in animal experiments have pushed back against animal welfare activists, arguing that no viable alternatives exist currently, and that they are fully committed to animals’ health and wellbeing.

Martin adores rats, and even had some as pets as a kid. For him, “it never occurred to me that I would one day be working on animal testing. But one opportunity turned into another and I didn’t really realise that I had ended up doing this kind of work.”

“It never sat right,” he said. “I don’t like to think about it for too long. And honestly, it never progressed much further than that. I felt that it wasn’t helpful to me or the animals to feel stressed about what I was doing … I knew that if I was doing it, these rats would feel safe and secure whenever they were able because I was going to put in the effort. So I stayed and did it.”

Jeannie had a similar story — a psychology researcher, she said she had “always had [her] heart set on human/clinical work. But when I pitched my research idea to my (then) prospective supervisor, they said that they had funding for basically the same project/research question in animals.”

The Uni’s Deputy Vice-Chancellor (Research and Enterprise) Professor Richard Blaikie says when students sign up to courses which involve animal experimentation, that part of the course is “clearly identified in information available to students.”

Both say that animal welfare is paramount. Jeannie claimed that “I love these little guys [rats] and respect them. I think I see that across the whole department.” Martin agreed that the labs were “very animal-focused … [Staff and students] all adore the animals and put in so much time and effort into caring for them.”

They each had stories about bonding with their research animals, with Martin saying “it would be selfish of me not to — I wanted to go out of my way to make them feel safe with me and enjoy life as much as they could.” Jeannie fondly talked about one of her rats: “A little shit” who learnt that “if he’s not doing the task I’m running them through, I’ll take him out early and he’ll get cuddles with me while we wait for the others to finish.”

Despite this, Shanti Ahluwalia, campaign manager at the New Zealand Anti-Vivisection Society, dismissed the idea that animal experimentation could ever be ethical, saying “it can involve animal suffering more horrific than is allowed in any other practice.” “Researchers should never lie to themselves,” he says. “If researchers are not honest with themselves about this harsh reality, then how can they possibly weigh up the ethics of the work they are conducting?”

Lily Marsh, Vice-President of the New Zealand Animal Law Society (University of Otago), said that despite recent strengthening of legislation around animal experimentation, this is not “nearly enough action to protect animals,” adding that they were “against any unnecessary experimentation on animals, especially in 2021 when many alternatives are available to teaching and research methods that are just as, if not more, effective.”

Shanti argued that the “animal model will likely be replaced as technology advances, leaving the Uni’s $50 million lab high and dry. He said students “should feel cheated. That money that was spent on the animal lab could have been better spent on preparing them for using cutting edge technologies.”

Professor Blaikle said that the uni are “committed to reducing, refining, and replacing the use of animals involved in our teaching and research wherever possible,” but that “in most cases the technology [to replace animal experimentation] does not yet exist and unfortunately is likely to be some time off.”

Both students we spoke to agreed with this assessment. According to Jeannie: “If we had suitable alternatives, we would be using them.”

Any students with concerns about doing experiments on animals were asked by Professor Blaikie to contact the paper coordinator with their concerns. While alternatives can be arranged in some cases, in other cases where “the use of animals is inherent to the discipline (e.g. zoology) ... a student may need to choose a different paper, or a different discipline.”

Ultimately, neither Martin nor Jeannie had any regrets about what they do. “This is the best we’ve got,” says Martin, and “I feel comfortable that we are doing the best we can.” Jeannie argues that “if we one day prevent even one person’s death, is it worth it? I think so.”