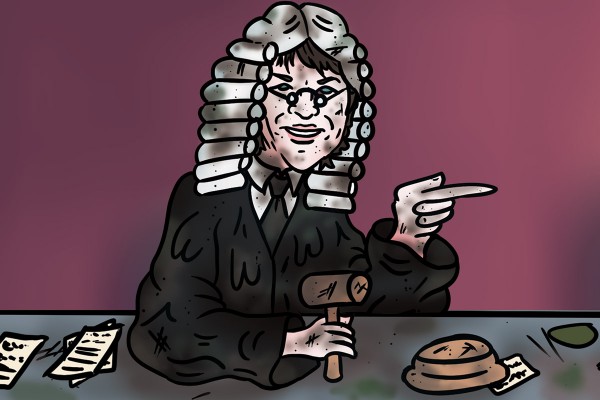 Not being Harlene seems to be a crucial requirement

With the gaping void left in our hearts by the departure of beloved Vice-Chancellor Harlene Hayne, students have been left in the lurch when it comes to someone to blame for our next round of department cuts.

Critic spent far too much time talking to students about their perfect potential Vice-Chancellor, who we’ve dubbed Davis Barrie in a desperate attempt to prevent overuse of the term Vice-Chancellor.

According to an overwhelming number of students interviewed, in order for Mr Barrie to succeed, he simply has to be “not Harlene”.

One student who has either been at Uni far too long, or read the Critic editorial last week, told us “Harlene started out pretty good, but lost sight of what it was all about towards the end.” What it actually is all about, we may never know, but it’s important that we know Harlene lost sight of it.

A Philosophy and Classics student told Critic that they’d “like to study without the shadow of an axe constantly hovering above them.” A Marine Science student said it was “concerning that the University can cut subjects at will with little thought for the students they’re affecting.”

Another student said “can we get someone who isn’t as white as vanilla ice cream? Literally anybody with an ethnic background would do.”

The vote was mostly split down the middle for the preferred gender of the new VC (a slight preference towards the new VC being female), with the overwhelming sentiment being that it really doesn’t matter so long as they’re competent. With applications for the position closing a few months back in February, students at the University of Otago may soon see the poor soul chosen to deal with them for the next five years. Hopefully, our Davis Barrie will be a more merciful overlord than Harlene was, and the Humanities will flourish under their rule.