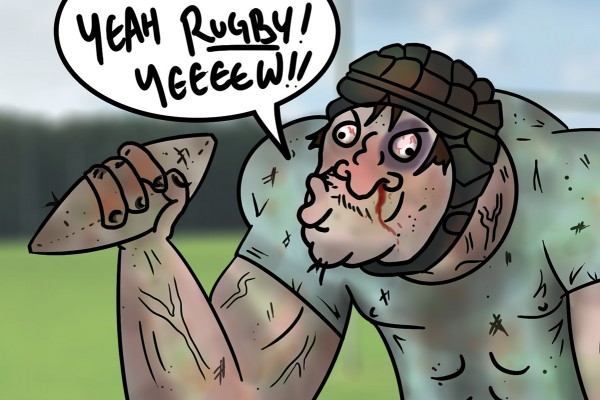 Clubs Might Get Funding for Food Instead of Just Sports

OUSA is proposing to remove the divide between sports and cultural clubs at its upcoming Student General Meeting (SGM). Motion number five on the agenda is “that the Grants Policy be expanded to include some grants for food”.

Academic and cultural clubs are pissed about the current policy, which allows a lot of funding for sports equipment, but no funding for food or social events.

Shaan Kumar, the President of the Otago Asian Law Students Association (OALSA), said that
“the current exclusion of food-related grants ignores the fact that food isn't always just some meaningless add-on to attract people to an event; it's often of cultural and customary significance that is central to the cultures the clubs represent.”

OALSA have in the past run launch nights which involve making food like sushi, rice paper rolls, and dumplings “to give Asian culture exposure within the law faculty”, Shaan said.

He described how the Chemistry Students Association had recently had a liquid nitrogen ice cream night, where they made ice cream using liquid nitrogen. He had to personally pay the costs for the event and then “hope that enough people would show up to cover the cost.” Luckily, they did.

“I feel like the point of these associations for degrees, it’s a social thing to build collegiality, so there should be funding for these events,” Quintin said.

On the other hand, sports clubs like the Frisbee Golf Club can receive grants of $1000 to buy sports equipment. The inequality between sports and cultural/academic clubs was first discussed by OUSA at their meeting on 22 March. “I think it’s sad that academic and cultural clubs are always locked out,” said Dushanka Govender at that meeting. “The entire purpose is likeminded people, bringing them together,” she said.

The Animal, Aquatic, Plants, and Ecology Society, on the other hand, didn’t have a problem with the current policy. As a larger society, President Max Schneider said that “the membership fees contribute largely to our spending budget.” “There are other sources of income for the club,” he said.