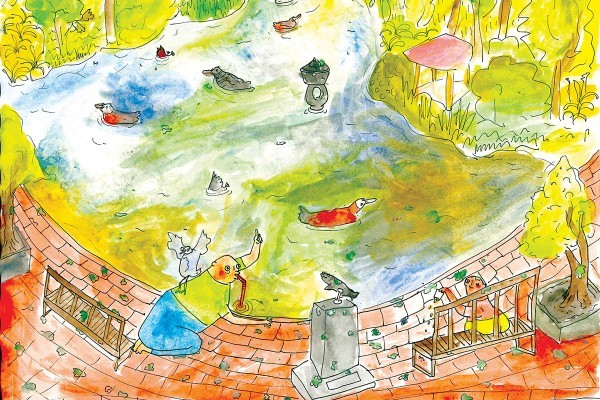 DCC Denies Use of Sonic Weapon

There is a mosquito device in Dunedin’s Queens Gardens, but a DCC Parks Officer said they were “not aware” of the device’s existence.

The so called ‘mosquito device’ installed in Queens Garden emits ultra-high frequency blasts, which are normally detectable only to people under the age of 25. A 2017 Official Information Act which said otherwise.

Mosquito devices are often used to deter young people from loitering. They produce high pitched sound that becomes undetectable with natural age-related hearing loss. The sound is uncomfortable and can be physically painful for young people.

A Community Safety Officer in the 2017 Official Information Act request advised that the mosquito device was fitted to the side of La Maison to deter people from pissing against buildings once the public toilets closed.

“Boy racers also used to congregate in the area with fighting, drinking, et cetera,” they said. “It used to disrupt the business at La Maison.” However, the Queens Gardens Exeloo toilets are open 24/7, and the DCC claimed that the mosquito device is turned off after 10pm anyway.

When the DCC was asked about mosquito devices, a Parks Officer said that they had heard of the method, but were “not aware of it being in use at Queens Gardens” and “not sure what it was [that may have been experienced]”. They acknowledged that it is “not unusual, although frustrating” for activity to go on in their area of responsibility without their knowledge.

Mosquito devices have been banned in some cities overseas, stating that the device breaches human rights as a form of assault. Not here. The German Federal Institute for Occupational Safety and Health states that use of ultrasonic noise channels were “not entirely safe”, particularly regarding prolonged exposure for non-verbal infants whose parents cannot detect the sound.

It may also induce intense reactions for individuals with auditory hypersensitivity disorder who, when triggered, may not be able to articulate their discomfort. Alongside physical pain, Mosquito devices disrupt the equilibrium senses, with onset of dizziness, headache, nausea and impairment “to be expected”. It’s basically the last thing you’d want to run into with a hangover.

As of the Official Information Act’s publication, Council had not investigated the effects of these devices on Dunedin residents and had not reviewed the use of this device.