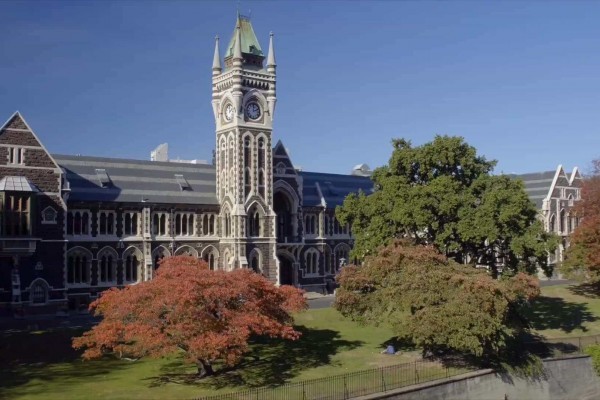 14% Rise in Postgrad Enrolments at Otago

What else are they gonna do with their lives?

There are 14% more students doing postgraduate qualifications at Otago this year, in what has been termed “doing a panic masters”.

The largest increase is in humanities students, with a 30.5% increase in the number of students doing masters from last year, according to statistics from the University. Health Sciences masters students increased by 12.8% from last year.

“It’s definitely still motivated by that sense of I have no fucking clue what I’m going to do next,” said Cat, who is close to finishing her Postgrad Diploma in Public Health and considering doing a masters. “University is a space where things are still kind of laid out for me and I know the environment, I know how it all works.” She also said she was reluctant to move cities because it’s a “huge life decision”.

Fox, an international student who decided last year to do Honours in Geology, said that he “wasn’t surprised”. “I wasn’t explicitly considering it until I needed to find something quickly that would enable me to stay in the country,” he said. “I would be curious to know how many of that 14% are internationals, because I know I’m not the only one.”

Casey, who is doing her Masters in MFCO, said “the job market is just really doom and gloom at the moment and you can keep getting your student funding if you stay and do a masters. And it’s only a year for most of the humanities degrees so why not?”

“Going into a job market where everyone has years of experience because they've been laid off from their jobs because of Covid, how can you try and compete with that with just a bachelors?” she asked.

“All through the middle of last year I tried getting a spot in the ministry postgrad policy programmes, got to the interview stage of a couple, but mostly got rejected even though I have some grades and experience behind me,” said Grace. So she decided to do a Master of Arts.

Fox reckoned he had applied to and been rejected from 33 jobs before deciding to do postgrad. “If you can enrol in a programme, then that’s the most straightforward path to get a visa and that’s what I took.”

The students also said that the added student debt didn’t concern them too much. “I don’t worry about it too much because I’ve just accepted that the world’s going to shit, the economy is going to shit, the likelihood of me ever paying off that loan is pretty fucking small,” said Cat. “So what’s another couple of grand on the loan, right?”

Grace said: “There is a part of me that wished I'd dropped out before last Friday so I wouldn't be charged all my fees if I did so now, but I have absolutely no idea where i'd go if I did or what I'd do.”

The problem is not exclusive to Otago. Katjo was studying at Vic last year and planning to do an OE in France. “About this time last year I started to realise that probably wasn't going to happen and started to panic about what I was going to do,” they said. They ended up doing Honours at Waikato. “The one year timeline and the fact I could still get a student allowance (unlike a Masters) meant it felt like while not the ideal choice, the best compromise possible.”