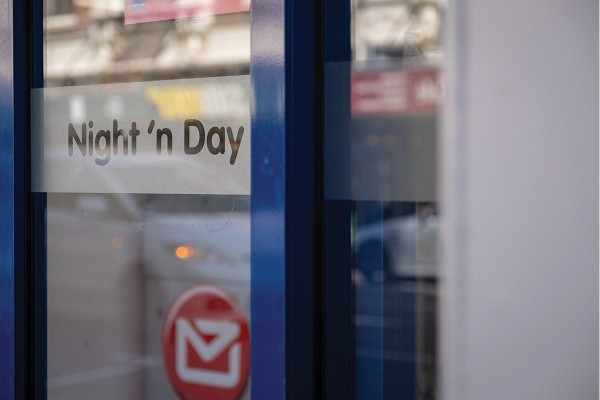 Student Fined $300 for Eating a Pie

At least the pie was good

A local student has been slapped with a $300 fine after eating a pie in the Night ‘n Day Regent line on St Patrick's day.

“I think it’s fair enough on their part to give me a fine but I did not expect it to be a ridiculous amount of money,” said Greg*, who admits that he “technically did steal a pie”.

After spending most of the day drinking at Lake House, the technical pie thief Greg headed to Night ‘n Day at around 10.30 pm for a late night feed. He was buying several items but while in line he consumed what he described as an “awesome” Thai green curry pie.

Night ‘n Day staff then made him sign a notice admitting he had breached the shop rules and said they would tell the Proctor. Greg paid $305 (the cost of the pie plus a $300 fine) at the shop eftpos terminal.

The owner of Regent Street Night ‘n Day said that he thought Greg was “deliberate” about not paying for the pie, because he had put two pies in one bag and then eaten the pie very quickly. “I know ‘em when I see ‘em,” the owner said.

Greg said “I was just really hungry and I was in line for about ten minutes and I forgot about the pie I’d eaten.”

“I told him the fine was nuts but I was absolutely horsed so I went through with it,” Greg said. “The cost of the items are added to the penalty, which was an extra little sting on the end.”

Police were then called to serve him with a two year trespass notice. Greg reckoned the police were also taken aback by the size of the fine. He overheard one of the officers saying “Is that really necessary? Surely he should just pay for the pie.”

Greg was glad that the Police were there and said they were “actually a calming presence. It seems like they also thought the Night ‘n Day staff were massively over-reacting.”

“Police is aware of two incidents last night at Night and Day Regent of males not paying for items,” said a police spokesperson.

“The other guy had actually stolen a lot of stuff and he got the same penalty,” said Greg.

There is a small sign A4 on the glass panel at the entrance of Night ‘n Day outlining that consuming items before buying them is considered shoplifting and that they could be fined $300.

“$300 for a $5 pie seems pretty tough,” said Simon Connell, a Senior Lecturer in Law at the University. “If it is grossly out of proportion to the shop’s loss and cost of enforcing their rules it might not be lawful to make the student pay. $300 is a lot compared to a $5 pie and might be over what is reasonable to set as a deterrent.”

When asked about their policies, Night ‘n Day Regent stated, “the policy is not unreasonable from our perspective, as for each small shoplifter there are many we don’t catch.” They use the plain clothes security guards on busy nights. Night ‘n Day have “two plainclothes security officers to watch people”, and said that this was “easier than reviewing the CCTV”. They had five incidents of shoplifting on the night of St Patrick’s. They said that their policy was upheld by the District Court 12 years ago.

“After internalising whether or not it was a good idea for a while, I eventually just gave in,” Greg said. It was at this point he was seen eating the pie by a plain-clothes security guard. The $5 pie “was up there with some of the best pies I’ve ever consumed”

Greg feels that he was exploited because he was drunk and not in the best state to have a long argument with angry staff members. “I don’t know if I should try and get the $300 back. It’s a lot of money but I’m not sure if it will be worth the hassle.”