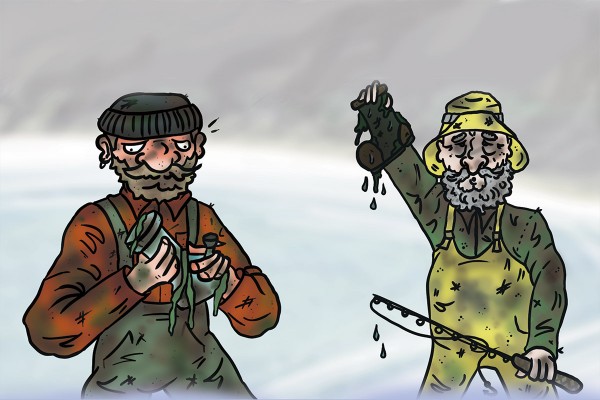 No one caught a fish at the Otago Salmon Angling Association’s (OSAA) fishing competition last Saturday.

In the fishing competition, 200 fishermen and fisherwomen had 24 hours to catch any Salmon, Kingfish or Kahawai in the Otago Harbour. The biggest fishes caught could net the anglers prizes from the $10,000 prize pool, yet no competitor managed to net a single fish.

A few keen anglers had even camped from Friday evening, readying their bait for a full of day of fishing. Yet the bait they hooked would be the last sea-creature they would see all weekend. The $10,000 in prize money was randomly divided among the competitors.

Critic spoke with one of the sullen fishermen at the bus stop after the competition. He admitted he had entered the competition to try out his new 14-foot rod (lol), yet as the hours without a bite reached double-digits, he instead chose to hit up Emerson’s and head home. "Yeah man, I saw a guy pull a fish, we cheered but then he said he wasn't part of the competition, fucking stink," our disheartened source told us.

Other reports confirmed that the anonymous fisherman, who was indeed not participating in the competition, later drove home with his dinner.

Former Bachelorette New Zealand contestant Dave Borrie said that last Saturday was a “good day to be a fish.” He suggested that to spice up the competition, OSAA should “introduce rules where you're allowed to sabotage the [other] competitors. You should be allowed to push each other off the wharf.”

This same no-fish situation occurred at the competition eight years ago, in 2013.