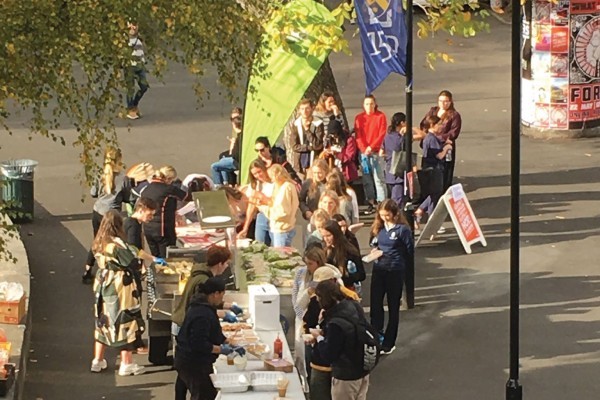 More Students Studying At Otago Than Ever Before

With international gap years now off the market, and a lack of jobs available, about a thousand naive lads and lasses with nothing better to do have enrolled at Otago, boosting the total number of students back to pre-Covid levels.

The student numbers have risen by 952 students from last year. With a previously predicted deficit of 13 million smackeroos for the year, “the current situation should partly reduce the pressure faced,” the press release said. Over a third of that increase is from the humanities, the largest increase out of any department.

Upon announcing this boost to the humanities at her final ever University Council meeting, Vice-Chancellor Harlene Hayne said: “Praise the Lord”, which was an interesting way of acknowledging that the humanities have survived multiple blows of her budget-cutting axe.

“That explains why there are so many people on campus,” said one student Critic talked to in the Link. Another student told Critic that “the humanities will find a way,” in an apparent rip-off of the famous Jurassic Park tagline.

Additionally, Māori and Pasifika enrolments are up by 182 and 136 students respectively. However, as much as domestic levels are rising, international student enrolments have plummeted to only five percent of total enrolments at Otago.

The Vice-Chancellor stated that the overall increase in enrolment “places Otago in a very solid position” and that it’s “encouraging that so many students are deciding to come to our University.” However, with the deadline for paper withdrawal soon to come, many students may have taken one look at online lectures and be ready to nope right out of studying at Otago.