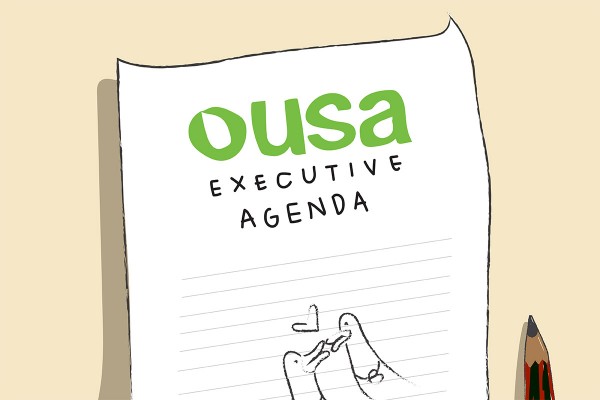 OUSA Cancels Exec Meeting Because They Have Nothing to Talk About

The Exec meeting last week was cancelled because there was nothing on the agenda.

In an email sent to members of the OUSA Exec February 26, the meeting scheduled for Monday was cancelled because there were only two agenda items. Both items had papers pending, preventing full discussion on either topic.

Despite the fact that this was the first Exec meeting of the new semester, they (ie, the representatives who are elected to talk about things on behalf of students) were unable to find anything to talk about.

Critic followed up with OUSA to see if there was another reason that there was no meeting, considering that Orientation Week had just wrapped up and there may be a few recovering party animals on the Exec. According to President Michaela Waite-Harvey, the meeting was simply cancelled due to “a lack of items for discussion.” She stated that there will be a meeting this coming week.

Since the Exec have decided that there is nothing important to have a meeting about, Critic compiled a list of topics that they could have filled a meeting with. These include:

If any of these vitally important issues are raised at an Exec meeting, Critic will be sure to update you. Until then, Critic sincerely hopes that the Exec can find something relevant to talk about for their next meeting.