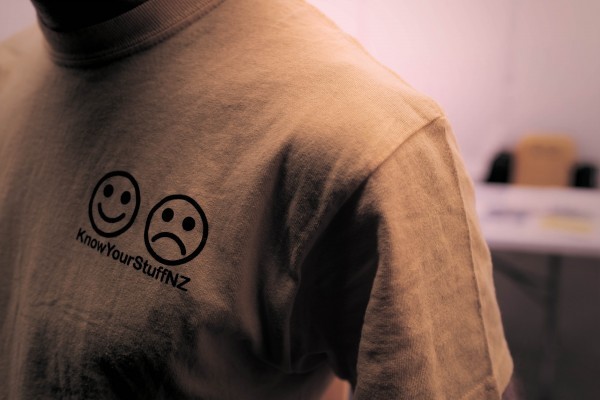 It’s not just weak MD. Do not take more of it.

Up to 70% of drug samples tested in Dunedin have been found to contain eutolyne. Most of those samples were presumed by their users to be MDMA. Eutylone is a synthetic cathinone, part of a group of drugs also known as ‘bath salts.’

That number may be even higher according to Brin Ryder, who volunteers for KnowYourStuffNZ. He said that “last Friday, [during Flo Week] a full 70% of samples presumed to be MDMA were not. [The] majority were eutylone.”

He also cautioned that basic drug tests, sold at stores like Cosmic, “can be fooled” and that students should not trust their dealers to provide accurate samples or to have had their gear tested. “Dealers are assuring folks that their stuff is tested, or are offering samples for testing first before you buy a bag — but unless you have tested what's in your hand yourself on the spectrometer, you cannot be sure,” he said.

KnowYourStuffNZ’s website said that eutylone is “particularly risky” because the initial effects of “euphoria” are similar to MDMA. Users “may think it is weak MDMA and be tempted to take more.” This can lead to being unable to sleep for 48 hours and feelings of paranoia, otherwise known as a Very Bad Trip.

KnowYourStuffNZ have been testing drugs at O Weeks around the country. OUSA has collaborated with the organisation to provide testing for students since 2019, but other students’ associations waited for the law change last year that made drug testing legal like the cowards they are.

The law change meant that the testing in Dunedin could occur in OUSA’s Clubs and Socs building. Previously the testing took place in a tent outside.

At the time of the law change, OUSA CEO Debbie Downs said that OUSA was “very supportive of the changes that the government has made to legislation to allow substance testing to take place. We do however hope that this is only the beginning and we see more sensible drug reform in the future.”