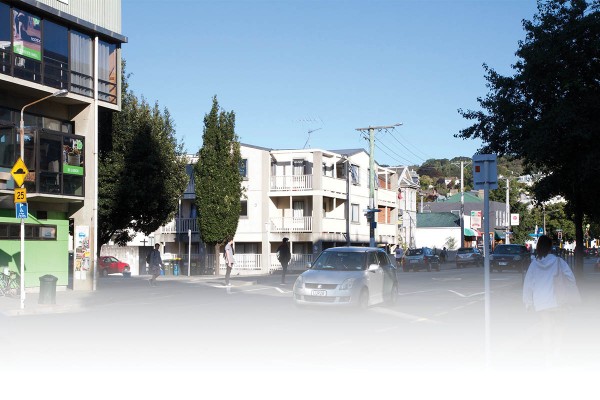 Albany Street Crossing Not Likely Until 2021

Who needs to cross the road safely, anyway?

Plans to install a pedestrian crossing on Albany Street beside the OUSA Clubs and Socs building will not go ahead until 2021. 78.6% of students felt that the crossing was necessary in the 2019 OUSA referendum.

Following the referendum, then-OUSA President James Heath approached the DCC. They had a meeting and decided to collaborate with OUSA to install the crossing. The minutes of a meeting held by the Infrastructure Services and Networks Committee on 10 June 2019, state that “Cr Hawkins asked that staff contact the OUSA to work with them on pedestrian crossing requirements in the tertiary precinct”.

As of yet, no concrete plans have been made to install the crossing. Critic suspects that if James’ boyish good looks and charm didn’t persuade DCC to get something done, nothing will.

“Having a safer crossing option at such a significant student thoroughfare is vital,” said OUSA President Jack Manning. “78.6% of students voted for OUSA to lobby the DCC for such an option in 2019, and we will do just that.”

DCC Group Manager Transport Jeanine Benson stated that “the Tertiary Precinct Project will seek to address safety and accessibility issues on streets in the tertiary area, and Albany Street is one of four priority streets for investment and improvements.” She did not state what investments and improvements were being considered.

She also said that the Tertiary Precinct Project “covers a wide area and it needs to follow a robust design and decision-making process… [and] likely won’t see implementation on the ground until late 2021.”

As anyone who can attest to almost dying on Albany Street knows, the section of Albany beside the OUSA Clubs and Socs building always has very heavy traffic, both vehicular and pedestrian. Even at 3:30pm on a drizzly Tuesday, students can be seen crossing the street, often having to pause in the middle to let oncoming traffic pass.

A quick survey of students around the Link and Critic office found that the area “feels unsafe for both pedestrians and drivers,” and that “it’s scary”. Recent Polytech graduate Molly said “there’s always so many people who just walk out onto the road”. Postgraduate student Asia speculated that “I think if you get hit on campus your tuition gets paid, but Albany doesn’t technically count.”

Currently, “safety improvement[s]” installed by DCC include “the implementation of the barnes dance pedestrian crossing” at the “nearby Cumberland St/Albany St intersection” which Benson said would “[hopefully]... attract pedestrians to cross at the lights rather than [the] uncontrolled mid-block more in the meantime.” Yee haw.