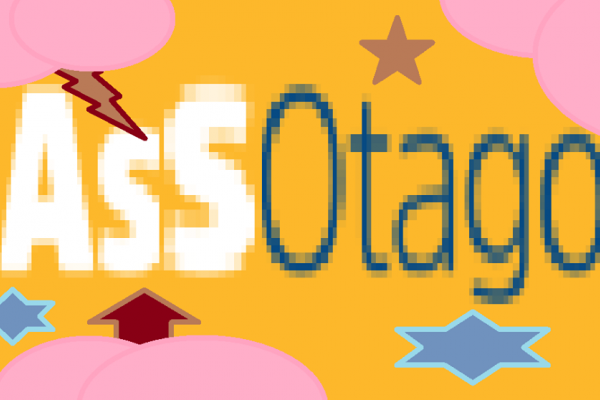 Picture this: a student wakes up to a pounding on his front door. He is sluggish from a late night of powerpointing for a presentation later that day, but drags himself to the door. On the other side are three police officers who greet him with tasers. Hours later, he is officially arrested and charged for threatening the Prime Minister’s life.

You might be wondering how he got there. Our protagonist Owen* spent the late hours of the previous evening in a pit of despair over his impending presentation, his low socio-economic status, and ultimately felt that the Government was to blame for his life not getting any easier in the past two years. “I’ve picked up smoking, I’m that stressed,” he said.

On a whim, before he went to sleep he utilised his admin privileges on a shitposting Facebook page he co-runs, “Ass Otago”, to post the statement: “I will kill Jacinda Ardern with an illegal firearm while smoking a black market Chinese cigarette.”

“As I was typing it up I was giggling. It was a bad-taste dig, but it was a dig all the same.”

Other posts on his shitposting page include “Taking a dodgy cap, that's a near-meth experience”, “I'm not a hippy, I just like their drugs”, and “I swear flatting makes people synchronise when they need to poop”.

After an unsuccessful search of his room for firearms, the police took Owen down to the station to talk. Owen was not nearly as perturbed by being recorded by three different devices (the police explained to him that one was for them and two were for backups) as he was by missing his 20% presentation. Thankfully, one of the cops sent an email to his lecturer to explain his absence.

Owen explained to police that he thought the post was obviously satirical, seeing as he put the word ‘illegal’ and ‘black market’ in front of ‘firearm’ and ‘cigarettes’. He got the impression that once they heard this and saw the other content on Ass Otago, they understood it had just been a shitpost.

Regardless, due to the seriousness of the threat in a post-Christchurch massacre New Zealand, that argument did not fly. They arrested him on a pre-charge warning. Owen said they told him “it was the best they could do” considering the threat. His fingerprints and a mugshot were taken, and then they drove him home.

“I’m pretty mad about it,” he said. “I get it, it was a threat, and I’ve been warned with speaking threateningly […] but I now have a criminal record that my future employers will see for a fucking shitpost on facebook, which I think is a bit unjust.”

A police spokesperson told Critic “police take all reports of threats extremely seriously, and we will not hesitate to take action when there are concerns.”

At the time Owen said police would not explain to him how they had found him. He’d posted as an admin of the page, after all. When he got home he refused to take the post down, thinking he’d already “done the mahi” by getting into trouble and couldn’t make it worse. He soon got a call from the police asking him to take it down “in case it comes back up in the system again”. He said, “I assume this means Facebook has an algorithm and works with [police] to catch this sort of thing.”

Critic asked police if the algorithm was theirs, or if they worked with Facebook to get this information. A spokesperson said, “police use a range of methods for monitoring potentially harmful, dangerous or criminal activity online, as well as encouraging people to report anything of concern to police immediately.”

Owen said, “I regret posting it. I get how it was perceived as a threat. It's not a nice thing to post, but at the same time it was a shitpost.”

*not his real name