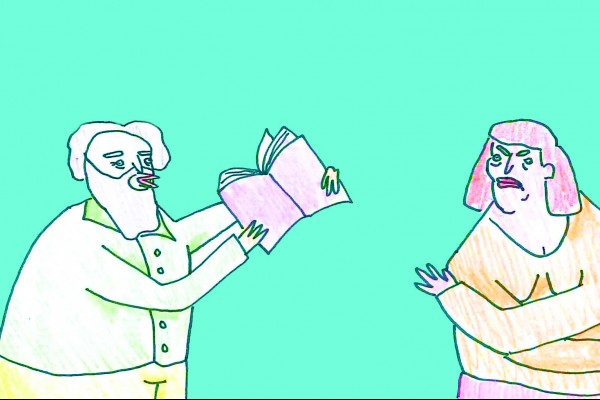 Lecturer Claims His Book About Censorship Was Censored

Kinda, maybe, if you look at it from the right angle

Emeritus Professor of Psychology and Politics Jim Flynn caused a stir last week when he asserted that his book had been banned. His manuscript, In Defense of Free Speech: The University as Censor, was rejected by UK publishing house Emerald Press because it might infringe hate speech laws or provide grounds for legal action.

Flynn wrote an article for Quillette saying that the book was ‘banned’ but the wording was later changed to say that his book had been ‘pulled’. When asked why he chose to tell the story through Quillette, a controversial magazine associated with dark web views on free speech, he replied that they are “well-known throughout the world as taking up free speech causes”.

“To my surprise, even though it was meant to come out this month, I received a letter last week saying that it was too risky to publish,” he told Critic. He was shocked by the suggestion that someone could take a paragraph of his work out of context and that would constitute hate speech. “In point of fact, I’ve looked up the Act [with the hate speech provisions] and I’m not sure that it does say intent is irrelevant, but it obviously scared them into immobility and that’s the danger.”

The book, ironically, was about free speech on university campuses. To make his point, Flynn outlined the theories of controversial race-IQ theorists Charles Murray and Arthur Jensen to highlight “what [he] got from arguing with these people”.

“Murray is not an idiot and neither is Jensen […] They raise points that are terribly important to address.” He has done work to disprove their theories, in Jensen’s case over the course of an entire book.

“It’s ironic that the few people who agree with me, agree only because I came out on the right side of the debate,” Flynn said. He doesn’t think that his position in the argument, as the opponent of those linking race with IQ, should matter. “[E]ven if I agreed with them, I should be able to state that. They’re serious scholars.”

He thinks that the decision by the publishing house is concerning. “I lost my first two jobs because of my liberal views,” he said, referring to McCarthyism. “And I never dreamed that once the left got in control they would duplicate that sorry history.”

Flynn is now negotiating the publication of his book with two US-based publishing houses.