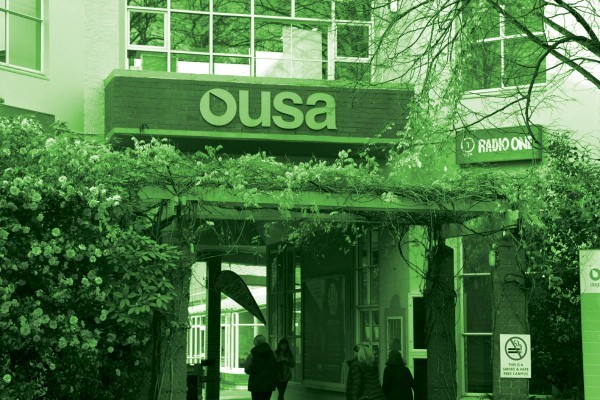 The 2019 Welfare Officer Kerrin Robertson-Scanlon has resigned, blaming the Exec for pushing her out after having her pay cut completely for not doing her work.

There will be no by-election to replace her. OUSA rules dictate that elections can only take place during normal semester time, meaning the Exec will be down a Welfare Officer for the rest of the year. Instead, the Executive have delegated her duties between themselves, and told Critic they already have organised at least one event for the Mental Health Week that Kerrin had left stagnant.

A private resignation letter sent to President James Heath was received and accepted on Monday, 30 September.

Kerrin was absent from the Monday executive meeting when her resignation was announced. She later gave a statement to Critic, and said that it was “limiting” having a disability and being on the Executive, especially since the structure of the Executive expects a certain level of “unpaid work”. She accused unnamed “people” of treating her “as a burden for not being able-bodied” and that as executive members were not employees, she was not afforded the same “protections from discrimination” as employees have.

Kerrin also claimed that “harmful behaviour isn’t treated [...] seriously” on the Executive, and criticised OUSA for having no “processes laid out for harassment or bullying, even though some of the behaviour within the Exec this year clearly met that bar”.

She did not get more specfic with her accusations. Kerrin had previously cited feeling “uncomfortable” with executive members as a reason why work (and lack of work) was not being communicated to her team. She told Critic she had “no reason to consider [executive members] safe” to reach out to, and that this was a “structural [failing]”, not a personal one.

Regarding the decision to strip her of pay before her resignation, Kerrin said failing to ”tak[e] people's needs into account is bad precedent”. She said “wherever discretion gives the opportunity for kindness, the decisions people make tells us what value they really place on mental health. We know that a sense of security and an ability to meet basic needs are two of the most significant factors for mental health, and we now know that many of our representatives don't really care. The truth is that a seat at the table is no guarantee of being heard or taken seriously, and stepping back from that frustration for a while is what I need. There are plenty of ways to improve the world without a title, and truthfully those are also more fulfilling.”

In response, OUSA President James Heath said, “All workplaces need to be able to have conversations about realistic expectations and how individuals can be best supported. Networks of support and providing opportunities to improve, adjust, and tailor work are key. I am confident we have been acutely committed to following these principles while still balancing the need for accountability. We would of course welcome working with the likes of Disability Information and Support to address any issues, however they are best raised first in that context. The unique position of Executive Officers can be particularly hard on individuals, particularly when the model holds you publicly accountable, and we understand this has been a difficult period of time for many involved. Regardless, the right decisions were made. We thank Kerrin for her time with OUSA and wish her all the best for the future.”