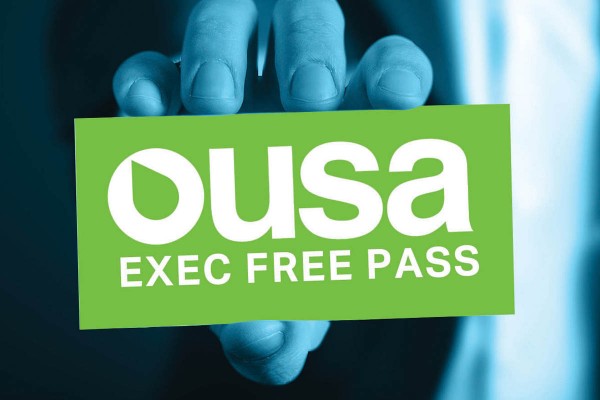 Opinion: The OUSA Exec Will Never Be Truly Held Accountable

Before May 2018, the OUSA Exec only got paid for the hours they actually worked, as a measure to hold them to account. This is no longer the case, and it’s causing problems.

Back then, every year was broken into quarters, and the Exec would only be paid at the end of each quarter in a lump sum once they had proved they had done the work. They would prove this through quarterly reports, which had a detailed list of predetermined expectations for each portfolio, as well as a list of personal goals - any deductions in their payment would (theoretically) be a percentage of work not completed.

In case you’re understandably confused by how this is legal, it’s worth noting that the Exec are not OUSA employees. They are OUSA governors. Instead of being paid wages, they get paid an honorarium, which is just a cash version of ‘thanks for your work’. Part of the perks of this for them and for OUSA is that they aren’t bound by employment law; they can’t be fired, only removed by a super-majority (66%) of students at an SGM. This is good because being a representative shouldn’t be about the money, and it should really only be up to the people who put you in to take you out.

Also, Exec members were less likely to plead financial hardship and emotionally manipulate their team into keeping them fully paid with partial work, because no one pays all their rent and bills just once a quarter.

But it was not a perfect system. Charismatic Exec members could explain away their lack of progress, and the stronger the bonds between members became, the less willing they were to dock each other’s pay. Effectively it made how popular with the other exec members someone was just as important as whether they’d done the work.

This changed thanks to one motion at a Student General Meeting (SGM) in 2018. Now, the Executive get paid every fortnight regardless of whether or not they have done the work. The quarterly report system is still around, but if an Exec member has been proven to be doing no work, they cannot retroactively get that money back. The Exec can punish them by lowering how many hours they’ll get paid going forward, but it only encourages that representative to work the few hours remaining they are being paid for, instead of the full hours they were elected to do.

So if you have an Exec member who is doing no work and has already got the money, the only thing left to do is to remove them from office at an SGM. However, speaking from experience, these SGMs quickly become emotional roast sessions and by the end of it, everyone feels so bad for the person that they get enough abstentions or pity votes that they don’t get kicked off. Making the 66% is almost impossible. No Exec member has been removed by SGM in at least the last 20 years.

Basically, it is impossible to hold OUSA Exec members truly to account anymore. Not where it really hurts, anyway.