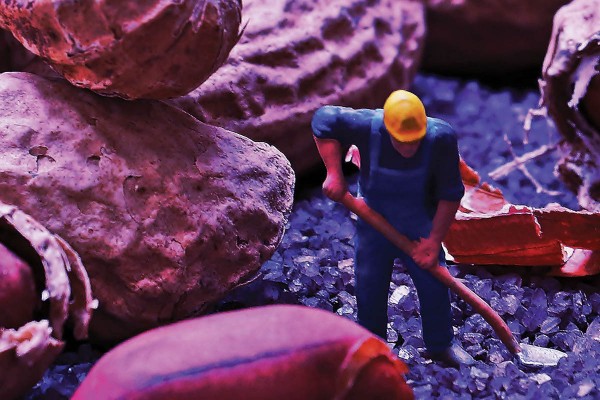 Peanuts have been taken off the menu at University-managed residential colleges to protect students with severe nut allergies.

As of 2 September, residential college kitchens are no longer serving peanut products, except Toroa and Abbey colleges, which do not currently house students with peanut allergies.

The removal of peanuts from menus will bring colleges in line with Cumberland and Hayward, which have been nut-free and unthreatened by the peanut menace for some time.

According to the Senior Warden of Colleges, Jamie Gilbertson, there have been “a few reactions to peanuts in the colleges over the years for various reasons”. He said the change of peanut policy is to protect against life-threatening reactions to peanuts, including the potential reactions caused by the “inhalation of airborne particles of peanuts”.

Gilbertson said the number of students who are severely allergic to peanuts is increasing. He told Critic, “eliminating peanuts seemed the simplest way to cater for those students when college kitchens produce more than two million meals a year”.

College kitchens manage at least 10 allergens including lupin, crustaceans, milk and nuts, which are identified in recipes and labelled by staff. Gilbertson said about a quarter of college kitchen catering involves managing dietary requirements and allergens.

The University’s food services have asked residents not to air their peanut products in main dining rooms.

Students who have peanut allergies are, as usual, expected to have their EpiPens with them as a matter of personal responsibility.

As for students who are not allergic and concerned with increased college nannying of their peanut butter and assorted nuts, they are still able to enjoy their food in their rooms and common rooms, depending on their individual hall’s rules.

Campus outlet stores and cafes will be unaffected by the ban which is supplied by the University’s central production kitchen. Toroa College is also catered by the central kitchen.

Critic is not aware of any plan to ban almond oil rubs and nut-based shampoos from residential college bathrooms.