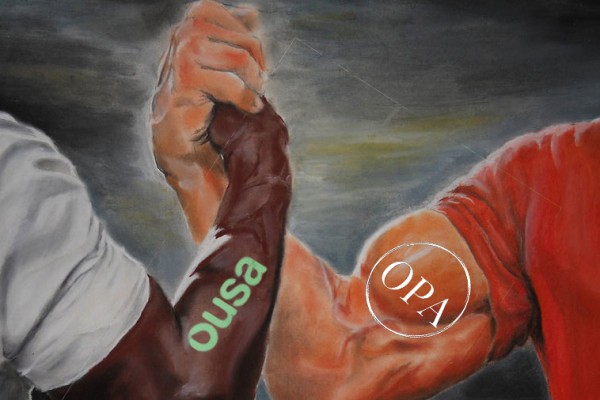 THE MOST INTERESTING THING YOU WILL EVER READ

Get ready you motherfuckers for some motherfucking news. Oh yeah, this is going to be good. Hold onto your hats, because you’re about to be taken on a ride down the sensual slippery slide of journalism.

Let me introduce the key players in this high-octane psychosexual drama: the old kids on the block, OUSA (the Otago University Students’ Association), and the new cats in town, the hip trend setters, OPA (Otago Postgraduate Association). OUSA are the big boi student group that rule every student, while OPA want to rep just postgrad students.

Enough with the chitter-chat and onto the news.

OUSA and OPA are drafting up an MOU (Memorandum of Understanding) to sign. BOOM. Do you even realise what that means? It means that there will be a formal relationship between these two representative bodies. Ooooooh shit.

The voluptuous intermingling of these groups will produce some shiny wet offspring. OPA will provide postgraduate students committees to sit on all of OUSA’s most exciting committees, like PolCom, WelCom, EduCom and CumCom.

Did I even mention the implications for the OUSA Postgraduate Committee? No I did not. The draft MOU points out that the OPA Exec can be used to replace the OUSA Postgrad Committee, which has never actually been established because no one can be bothered being on it. Fuck yeah.

OUSA Postgraduate Officer brought the draft MOU to the Exec, who told him to go away and investigate some stuff and then bring it back. Critic Editor Charlie O’Mannin would have written down what they said if he was good at his job and if what they were saying wasn’t the most boring thing he’d ever heard.