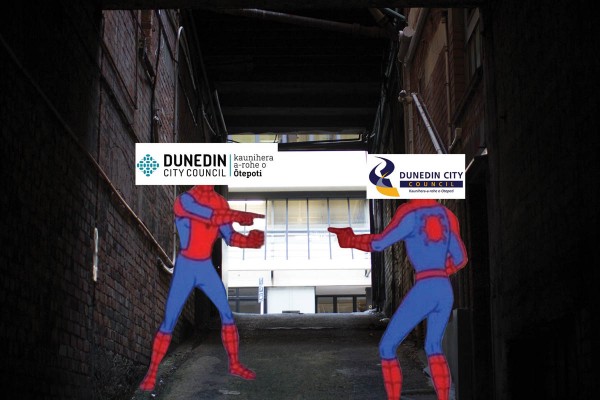 DCC VERSUS DCC: WHO WILL WIN?

While unfortunately their posts are just satire – asking the public for “cheap grams” and announcing that they were going to make Baldwin Street slightly steeper - they have stirred up enough drama within the real Dunedin City Council that staff have reported the page to Facebook and asked for its removal. No one official has bothered reaching out to the page admins directly to ask them nicely to stop, though.

The DCC’s General Manager of City Services, Sandy Graham, said there is “no harm in a bit of staire” but that some of the recent posts are “offensive”.

The admin disagrees. “Judging by the reactions to all of my posts, almost everyone else is enjoying the page just as much as I am. The few people who have taken offence to these posts just seriously need to loosen up.” Which is a fair comment, considering the most offensive thing we can find is the word “fuck”. Oooo, naughty.

Graham said DCC staff were more broadly concerned that the page will be confusing for people who are looking for information, “particularly in the lead up to the local body elections”. You can’t blame voter disenfranchisement on memes, man. The admin said “all of the posts are clearly just a lot of satire bullshit.”

The page has proven that shitposting and memes is what actually engages people. Compared to the official DCC page, at least, the admins think their method is “definitely a much more effective method of communication”. Is it possible that the real DCC could hire the satire DCC to spread local body election information?

Maybe not. The admin’s vision for the future of their page is “world domination,” whereas the the DCC is solely concerned with dominating Dunedin.