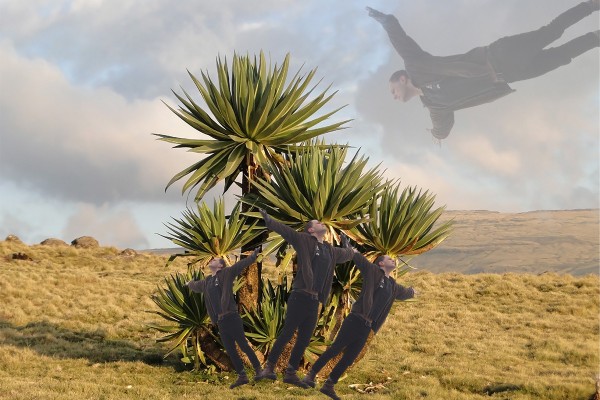 Editorial: I Don’t Want to Live in a World Without the Giant Mountain Lobelia

Ok, buckos. It’s happened. I’ve snapped. This was the last fucking straw. I was on board, but now I’m jumping off. Don’t count on me no more.

We all know that climate change is destroying the planet and that as humans we’ve pretty much proved ourselves to be unworthy of existing but, like the rest of you sheeple, I could pretty comfortably block it out and concentrate on my mundane meaningless existence.

BUT THEN I FOUND OUT THE TRUTH.

That’s right. I’m talking about the Giant Mountain Lobelia, the King of the Tropical Alpine Palms. It initially seems spiky and intimidating, a tyrannical ruler of the Ethiopian heights, but then it shoots up a huge woolly protuberance, sometimes more than 10 metres tall, and reminds you that it loves you, that you’re special, that it rules with the benevolent authority of nature itself.

Implausibly large in arid mountainous terrain, the Giant Mountain Lobelia predates the formation of tall mountains in Eastern Africa, to which they’ve adapted (I stole this sentence from a piece Patrick Barkham wrote for the Guardian, fuck you SafeAssign this is adequate citation).

BUT THE GIANT MOUNTAIN LOBELIAS ARE DYING. CLIMATE CHANGE HAS MEANT THAT THEIR HABITATS ARE SHRINKING RAPIDLY AND THERE’S A HIGH CHANCE THAT THEY’LL BE EXTINCT BY 2080.

THIS IS NOT FUCKING GOOD ENOUGH. WHAT THE FUCK. WHY HAVE WE DONE THIS? DO WE HAVE NO SHAME?

WE HAVE PROVEN THAT WE HAVE NO RIGHT TO EXIST.

The Giant Mountain Lobelia can take our place. It is ten times the species we are.