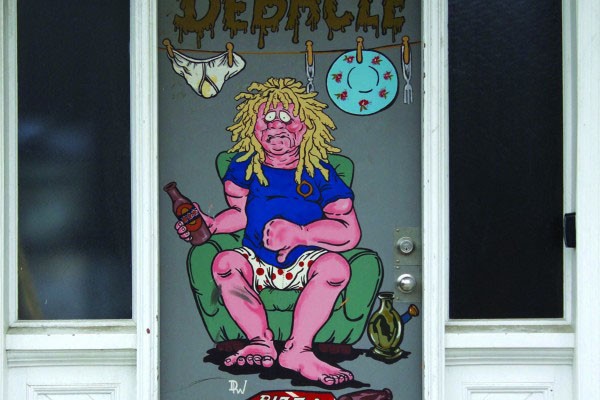 In other words, Cutlers apologises within two hours of Critic calling them out

At the start of last week, Cutlers Property Management launched a bidding campaign for the infamous student flat, Debacle. In a Facebook post, the property management company asked groups of students to email them with an offer of rent, with the group that offered to pay the most leasing the flat.

According to Matt Cutler (who isn’t the property's manager, but identified himself as the brains behind the idea), this was “for a bit of fun … to decide which group gets a flat.” Days later, on Seven Sharp, he would add that he also “saw an opportunity to perhaps get some more money for our client”.

Jack Manning, OUSA Colleges Officer, was particularly concerned about how first-time flatters could be vulnerable to these tactics, as “they can’t be expected to know this might be too much or that it’s too soon to sign a flat".

Cutler’s Facebook post received immediate backlash from students, who commented both on the post itself and to Critic that this was “exploitative” and that by “creating a bidding war amongst students who are already strapped for cash” Cutlers was “destroying [student] culture".

Cutlers is no stranger to stunts like this. In 2017, they held a competition for a flat during which students jumped into the Leith, causing the University of Otago to complain and request the video be taken down due to safety concerns. Cutlers did not take down the video.

But they did take down this particular “fun” campaign within two hours of Critic posting an article on the story last Wednesday. In our story, OUSA “strongly condemn[ed] auctioning (or ‘tendering’) rental prices, particularly when it seems to be leveraging ‘well-known flats’ and so early in the year”.

Matt Cutler said that when competitions weren’t available to help determine who gets a popular flat, “price becomes the next option”. After they took the post down, Cutlers posted a public apology, and said they “won't try this again”.

Cutler appeared on Seven Sharp to talk about the scandal, where he announced the flat would be set at $175 a room (up from the $165 a room this year), and that applicants for the flat would be chosen by one of the hosts of the show by pulling a name out of a hat. Hosts Hillary Barry and Jeremy Wells added that they would also be giving the winning group a couple of cushions that usually sit on the couch they film on. This made for a curiously positive spin on a scandal that faced backlash from not just students, but Housing Minister Phil Twyford, who expressed his disappointment to Stuff at Cutlers treating “the renting out of properties to students as a game”.