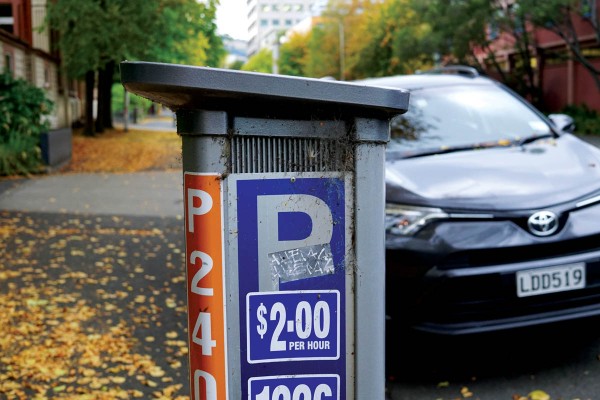 They clearly don’t remember what happened in the year 2000. But we do. Critic never forgets.

The Dunedin City Council has turned three strips of unlimited and limited-time parking into pay and display as a part of a wider set of changes to parking in North and Central Dunedin. In a media release, the DCC explained that this was the result of a survey that indicated a need for improved flexibility for motorists to stay all day if visiting the hospital, museum or University campus.

That may be great news for visitors, but has sparked concerns among residents.

Student and resident Lizzy told Critic about the shock of seeing the parking meters “just appear out of nowhere.” Out of the seven people in her flat, four have cars. They emailed the DCC twice “asking what was going on and if we could have some kind of permit,” to which they replied that they were in the process of making two residential parks.

Lizzy explained that off-street parking and driveways are uncommon where she lives. “One time we had no choice but to park at a motel down the road. The owner came out and told us to fuck off.”

Lizzy has already recieved six parking fines this year for breaching limits in the area.

As a former resident of the area, Pou, who may or may not be on the OUSA exec, said “fuck that. As a student with a car who used to live in that area, I remember how hard it was to find a park.”

Critic did some doorknocking to talk to more residents, however it seems that everyone except Critic reporters were actually on holiday for Easter.

DCC Group Manager Transport Richard Saunders told Critic that the DCC consider residents when making parking changes, however said that on-street parking is not intended to provide long-term parking for residents. He said that the DCC did not approach residents individually when considering the changes, but that as the changes are a result of public feedback, all residents technically had a chance to give their views. He also mentioned that “a residents’ only parking process [is available] where appropriate,” though did not mention the $200 cost associated with this option.

A similar excuse was used in 2000 when the DCC tried to roll out paid parking along Cumberland street. At the time, Mark Baxter, who wrote a piece for Critic, made the obvious point that as students change flats from year to year, it’s unfair to expect them to have the time to, or even be aware of, incoming council changes. In a fresh, never-before-seen 19-years-later comment to Critic, he said “the DCC and ORC have failed to avoid parking becoming a dire issue around campus, rather that the PITA issue it used to be.”

Back in the year 2000, $150,000 worth of damage was dealt to freshly installed parking meters within the first few weeks of term. It got bad enough that the council had to hire security patrols to keep an eye out for vandals or the students who were straight-up yeeting the meters off the street and taking them home as trophies.

Critic hopes that the DCC won’t be so quick to forget this slice of student history, should they have their sights set on more North Dunedin streets.