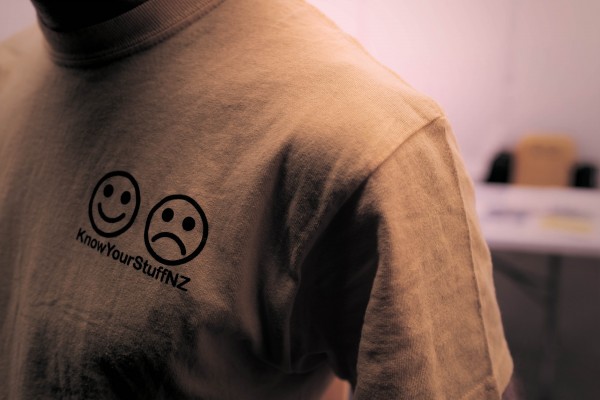 26% of drugs taken to OUSA’s O-Week drug testing service were not what people thought they were. 61 people used the service which was “well received” according to Finn Boyle of KnowYourStuffNZ, who ran the service for OUSA alongside the New Zealand Drug Foundation.

Finn wasn’t too disappointed that so many people said they’d still take the substance. “Knowing what it isn't and getting some indication of what it is, allows them to make a more informed choice and to use that substance more cautiously and with less risky dosages,” he said.

OUSA was unable to obtain a spectrometer, which Finn said was “best practice” for drug testing, and instead had to depend on reagent testing. “This means the information and safety advice we were able to provide was significantly less accurate than we would like,” he said.

KnowYourStuffNZ couldn’t provide their spectrometer because they were booked for two different events over the same weekend. Finn said they’re looking into purchasing a second spectrometer, but “sadly, finances are a limiting factor as we are entirely volunteer run and donation funded”.

The most common drug tested was MDMA, with 45 bringing in the substance to be tested. Other drugs that were brought in to be tested included Ketamine, LSD, Opioids, DMT, and Nootropics.

The most common substance that was not what people presumed was MDMA laced with adulterants. Other substances found included BZP and an unknown cathinone.

One student who went through the tent told Critic said they were “a little worried about it possibly turning out an undercover narc tent”.

But “it was nice to finally have someone who would help me be safe rather than simply straight up judging me,” they said. “The people there that helped me out were so so lovely. They explained exactly what they were doing and why throughout the entire process.”

The student’s substance was what they thought it was. However, they said the jar of substances people had destroyed was “reassuring in a way because there was physical evidence of the stuff that I would have been saved from if my substance hadn’t turned out to be what it was supposed to be,” and said they felt like they’d made a smart decision.

Finn said that KnowYourStuff talked with many of their clients about why they thought more people weren't coming to use their service. “A concerning theme that came up here is a belief that some people don't want to know they had been 'sold a dud' or 'ripped off' - that people would rather remain ignorant for fear of feeling cheated - a wilful ignorance which could one day lead to some horrible consequences.”

“This is a thought pattern we really want to dismantle before more people are hurt by it. Ask anyone who has ended up hospitalized after taking n-ethylpentylone or in a psych-ward after taking 25i-NBOMe - I bet they'll tell you they wish they had known the effects and risks of those substances before they chose to put them in their bodies.”

Finn hopes that the service will be more popular if OUSA chooses to run it again. “Once people realise that police aren't waiting around the corner and they aren't going to kicked out of Uni, we hope more people will be looking to visit us.”