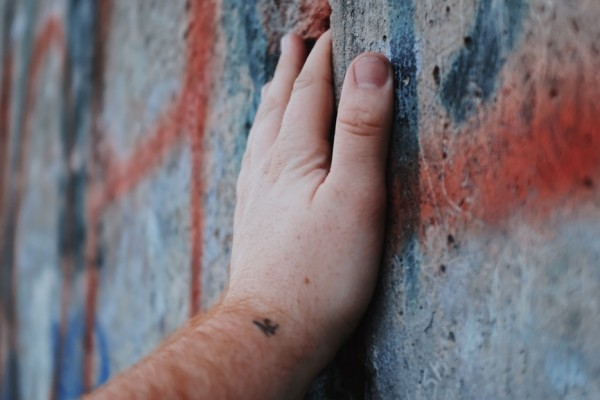 Dundas Street Construction Is a Pain in the Ass

As Flo Week dawned on the student population, construction on the Dundas Street Bridge began, blocking it off as a part of the Leith Flood Protection Scheme. The long-term benefits of construction are probably worth inconveniencing a few dozen residents for six months, but that doesn’t make it any less of a pain in the ass in the meantime.

Critic spoke to over a dozen students who deal with the construction every day. As you’d expect, they all complained about the all-day, every-day noise. They also spoke about the struggle of having an iron and wooden fence splitting the street down the middle, meaning they have to take a longer route around the construction.

One flat on the east side of the construction said that they barely get to see their mates on the other side, as “no one wants to come around any more” because of the inconvenience.

A flat on the west side has lost the front of their property to the site, including their valuable parking spaces.

Another flat said that on rowdy nights they often have over 20 people cutting through their property to climb the fence where it is most accessible.

The construction site had to install a security camera to deter people from climbing over orgraffitiing and one flat said there was a security guard around the site most days.

Residents close to the site were sent a letter explaining what would be taking place, and they were reportedly required to sign it. All of them said that there was no way to decline the notice, and said there was no way they could have “reasonably expected” the extent of disruption. All of the students spoken to had heard of a rumour that some residents had received compensation for the inconvenience, however Critic could not verify it.

One group of students said that their property manager had told them the construction would be finished before they moved in for Orientation Week.

Gavin Palmer, the Director of Engineering, Hazards, and a bunch of other stuff for the project, said that it would not have been possible to start construction earlier to avoid disrupting students. He assures students that the project has been “streamlined to ensure minimal disruption to the public” and “regrets” the inconvenience.

Work on the site will be paused for the University’s 150th Anniversary events, for a concert, and for the May graduations, but there is no indication that they will pause over the exam period.

One flat suggested installing a zip line from one side of the Leith to the other until the construction is done. Critic agrees and suggests they start a givealittle page.