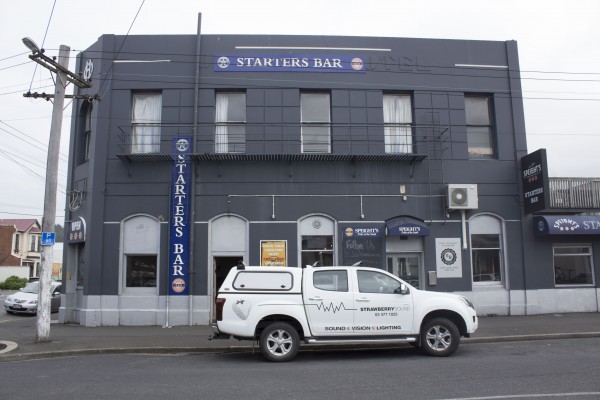 The Otago University Students’ Association has bought Starters bar, ending years of OUSA Presidential candidates promising they’ll buy a student bar and then forgetting about it.

OUSA Events Manager Jason Schroeder told Critic that OUSA “wanted to ensure that we did something to stem the decline in student bars and make sure that there was somewhere available for students that students felt they had an ownership of”.

Over the last twenty years Dunedin has seen many student bars close, often being bought out by the Uni (RIP Marsh). Shockingly this didn’t stop students drinking, with most just getting wasted at flat parties instead. For Jason, the main advantage of students drinking in a bar is safety.

“Whether it’s security that can turn away unwanted guests and people who start to show aggressive unsafe behaviour, or people who know how to monitor intoxication to ensure that people are drinking responsibly.”

“When you’re in a flat party it’s the wild west of drinking. It’s so cheap now to buy a bottle of vodka or RTDs and punish them, and next thing you’re passed out at 11 o'clock at night, which happens all the time at flat parties but doesn’t happen at bars because you won’t get served if you’re that intoxicated and you’ve got people who’re there to give you water and provide that support.”

Jason said that Starters also provides a safe environment for first year students. “Once they have to leave their halls there’s really no where for them to go except for flat parties. I mean, they can go to the Octagon but it’s a long way from the halls and you’re mixing students with public. Here they’ve got a sense of ownership because it is a student bar for the students.”

The last owner of Starters, Jane Bradshaw, said that owning the pub had been a “Good journey,” but that it was “time to move on”.

“It’s been interesting; had some challenging times, met some ratbags.”

Jane was pleased that OUSA were taking over Starters. “It’s good to see that it’s still staying as a bar, because someone else could have just picked it up and just closed it really quick, and that would have been four years hard work down the drain.”

Jason said that, while things like name changes might come later down the track, OUSA is going to first focus on “making the student experience right” in the bar.

Part of “student experience” for Jason is making sure there’s a regular programme of entertainment; “Reasons for people to want to come to Starters other than it just being a bar.”

“There’re the obvious quiz nights and stuff, and then whether it is local bands, or DJs from around the country, or just student parties - whether it’s a foam party or a rubix cube party; the things that you can only have in a student bar that wouldn’t exist in any other bar.”

Jason also wants to make Starters more accessible for hosting student events, including allowing Clubs to host their events there.

Jason said OUSA doesn’t know whether the price of drinks will change because they only just got ownership, “but we will make sure that the focus is on students, so that the price point is comfortable for students.”

In the end, what OUSA wants is to create a student-centred space.

“Even though there are a couple student bars left they don’t have a strong student feel and that’s what we want to create. We want to make sure there’s a space that’s student oriented and the Octagon’s never going to be it.”