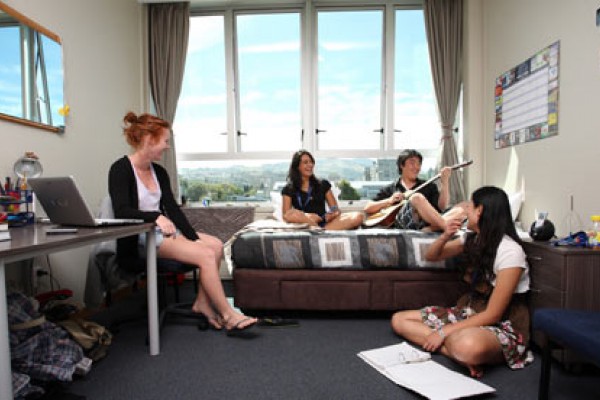 RA Speaks Out Against the University

Critic speaks out against the pubes of neoliberalism

There’s a pretty solid argument to be made for the claim that being an RA is the shittiest job in the world, because RAs are forced to do something worse than death on a daily basis – interact with freshers.

Charlene Chainz would surely say something along the lines of, “A noble sacrifice, granted, but they are paid for it”.

True dat Charlene, but if you remember our feature on RAs published earlier this year, you’ll know that RAs are so underpaid that they’re effectively paying to work, which is grotesque. And when our comrades at OUSA approached the Uni to address this chronic undervaluing, they were met with the bureaucratic equivalent of a big “fuck off”.

So below, we present excerpts from a letter that a current RA wrote us, to re-highlight the shit that RAs have to put up with.

“My friend was reapplying for their [RA] position and has a mental health history, which they think is a real asset within a collegiate community. However, the heads of staff considered the mental health record as a reason to not hire them for 2019. It was ‘reasoned’ as being in their best interests. The uni and colleges wank on about how great their mental health services are, when really all they do is place some horrible situations on us and never actually check that we are okay after it all. I have dealt with a resident who was cutting and someone who was suicidal and went missing – not once did it get recognised that perhaps I needed a debrief – instead we are just treated as cheap labour.”

“Also, we are not treated as staff except when it serves to shift blame onto us. I have been told that if something tragic happens to a resident, it is our fault that we did not spot it sooner. This is a part time position that people do because they value being good people and giving back to a service that they feel is vital for so many. In reality, it’s cheap labour and the heads of staff don’t give a fuck.”

The anonymous RA opened their letter by acknowledging that talking to us was a breach of contract, but felt this was justified because “I think the Uni needs to sweat on this”. We too hope that the university refuses the easy out of the Lynx Africa of inequity, and lets the sweet sweat of Justice ooze from the armpit-hair and pubes of neo-liberalism.