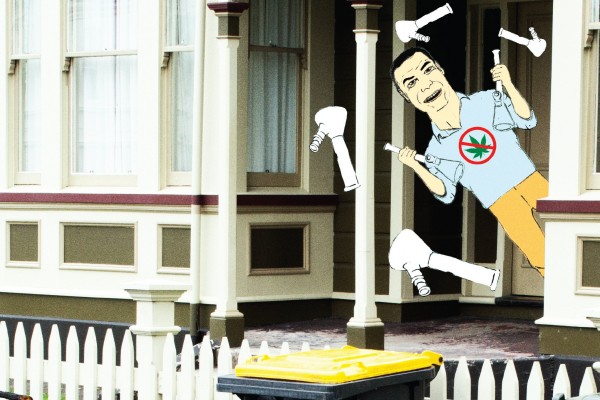 University of Otago Proctor Dave Scott offered to resign after it was revealed that he had removed several bongs from student flats while the residents were away. Vice Chancellor Harlene Hayne rejected his offer and told him she wanted him to stay on in the role.

A university spokesperson confirmed that there was “an informal offer put forward in conversation, along the lines of – ‘if you want me to resign just let me know’, which the Vice-Chancellor said no to.” It was not a formal offer of resignation.

A petition calling for Scott to stand down received over 2000 signatures before it was taken down. Last Friday’s Proctor Protest had around 600 students attend. Scott spoke to the crowd at the protest, re-iterating an apology he had made earlier. “I feel I've learnt from this error, and I give an assurance that it won't be repeated,” he said.

Protest organiser and OUSA Re-creation Officer Josh Smythe backed down on his initial demands for Scott to resign. “There’s more power in forgiveness than vengeance,” he said. Instead he wanted a ‘Code of Proctor Conduct,’ which would prevent the Proctor or Campus Watch from entering property without permission unless there is an emergency.

In a statement, Vice-Chancellor Hayne said she had “full confidence” in Dave Scott as Proctor. "I have discussed the Proctor's actions with him and he agrees this will not happen again. In my experience of the Proctor on so many occasions he always has the students' best interests at heart, and has worked extremely hard to ensure students are treated fairly while they are here."