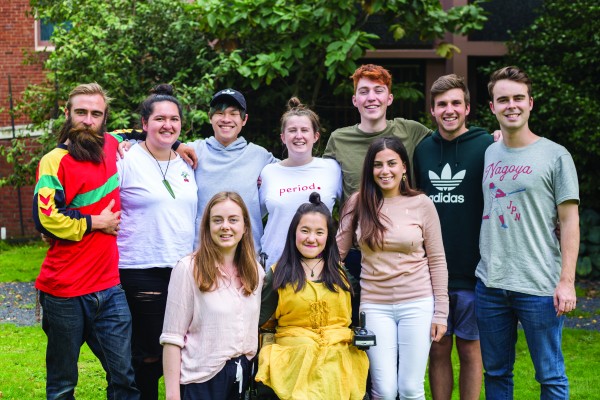 Critic has to sit through all the OUSA Exec meetings, which are mostly either horrendously boring or absurdly tense. However, in between there are some ok moments.

So Critic presents: the best quotes from Exec meetings that never made it into articles.

“It feels kind of culty” - Caitlin Barlow-Groome, OUSA President, on the OUSA Exec.

Steve Willis “sits on every committee known and not known” - Kirio Birks, Postgraduate Officer (Part One).

Colleges Meeting “was not boring at one point” - Norhan El Sanjak, Colleges Officer.

“It pisses me off looking at you [Critic reporter]” - Caitlin Barlow-Groome.

“Don’t we have a question against bullying in the referendum?” - Caitlin Barlow-Groome.

“If the buildings burn down, guess what, you guys are paying” - Debbie Downs, OUSA CEO.

“We kinda got to the bottom of the fact that I get some money” - Tiana Mihaere.

Tamati [Coffey] gave a speech while everyone was “mildly intoxicated; it was well received” - Tiana Mihaere.

“It was a Rollercoaster of a FEC [Finance and Expenditure Committee] meeting” - James Heath.

On what he’ll be doing at the OUSA Paint and Sip event: “I’ll be sipping the paint” - Cam Meads.

*Joel MacManus, Critic Editor, pulled the finger to Caitlin Barlow-Groome, OUSA President, when she didn’t give us speaking rights in an exec meeting, yet again.*

“They don’t have speaking rights, but they do have eating rights” - Debbie Downs.

“Am I letting important stuff slip by? Am I not telling you guys stuff? Who knows?” - Abigail Clark.