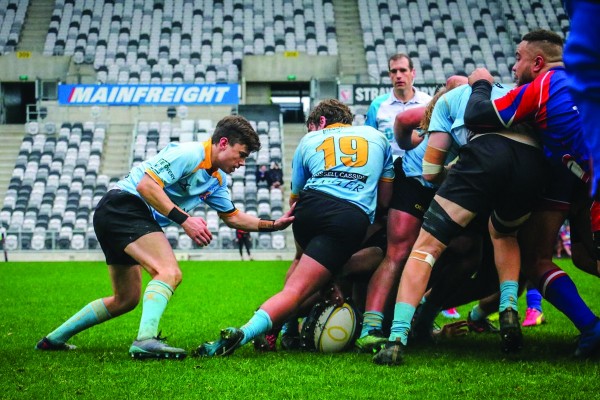 Is Critic trying to do sports reporting? This is weird

The Women’s Senior A team had the strongest season of any senior team in any grade, going undefeated in 10 games, with an average winning margin of 55 points.

Team manager, Terry Kerr, credited the coaching staff’s game plan, which took advantage of the team’s speed and ability to spread the ball, as a key part of their success.

“As soon as we start, they’re out there shifting the ball all over the field and [the opponents] are toast.”

“They’ve got some serious wheels out there, real mobility and speed. Georgia Mason has a massive engine – you take it outside, she’s there; you take it up the guts, she’s there,” he said.

Mason, an open side flanker who debuted for the side when she was just 14, and made the wider 50 training for the Black Ferns this year, was “technically the best flanker in the city, irrespective of gender,” according to Kerr.

First five Rosie Kelly topped the point scoring for the season with 118, which came entirely off tries and conversions, as the team did not get any points through penalties the entire season.

Their 20-10 finals victory against Pirates proved uncharacteristically close, which Kerr put down to “uncharacteristic, unforced handling errors, which left quite a few points untaken,” but despite a game they felt wasn’t their strongest, the team said they were still “stoked” with the win.

The Otago University Senior Men also had major success. They topped the regular season table and were joint winners of the Premier Competition, picking up the Speight’s Shield alongside Harbour in a brutal 30-30 extra time draw. The Otago University Men’s Colts also came out on top of their division.