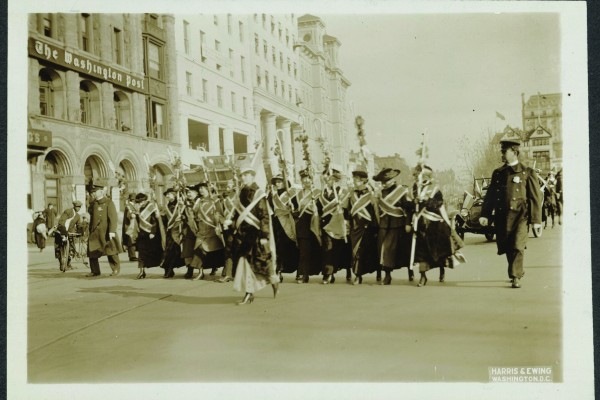 The Women’s+ Club has been affiliated to OUSA despite controversy about its policy of excluding cis men from membership.

Members of the OUSA executive raised concerns with the group in an exec meeting, as it would be the only group affiliated with OUSA that excludes membership to a certain group of people.

The Women’s+ Club constitution explicitly excludes cis males “in order to create safety, security of idea sharing, and to stress the importance of women and gender minorities learning to empower and support one another, without seeking male validation.”

“While the club acknowledges there are many fantastic cis-male allies who support the general messaging of the club, it is an acknowledgement that almost all spaces are male centric and male dominant. This space must therefore be inherently and uncompromisingly feminine.”

Kirio Birks, Postgraduate Officer, said that he did not feel comfortable with the group’s “arbitrary need to exclude”.

“I don’t think I can support it, on the basis that it excludes people for something involuntary.”

Roger Yan, Campaigns Officer, said “I think it’s a great idea but there’s something in the back of my mind that’s not comfortable with excluding a group”.

Sam Smith, Finance Officer, said that he believes the exclusion is “justified with the purpose of the group”.

Laura Cairns, Women’s+ Club Campaigns Officer, said excluding cis men was necessary to facilite “open, frank conversations…without feeling as though we have to apologise to cisgendered men in the room or spend energy tending to their feelings in a space that should be fiercely ours.”

“We value our feminist allies of all genders and look forward to events we will hold that include everyone. A true ally understands the decision for our membership exclusions, and those who still do not grasp why it is necessary should do some learning on the lived experience of gender minorities."

There was some concern that the decision could create precedent for other, more malicious, groups that might want to exclude groups of people. In the end, though it was decided that, since the exec are not members of the Supreme Court they do not have the power to set precedent, so it makes more sense to just leave it to the discretion of the exec at the time on a case by case basis.

When it came to the vote, Kirio was the only member of the exec to vote against the motion to affiliate the group.