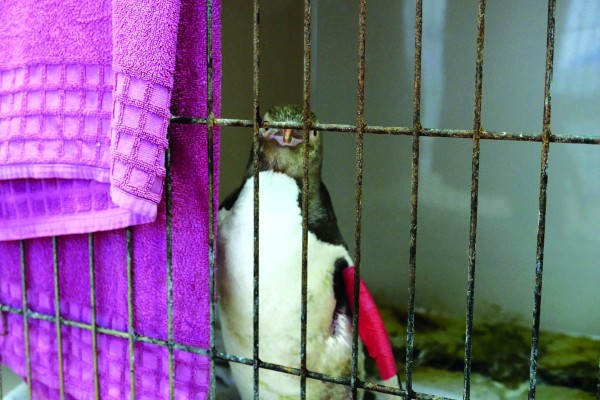 The hospital, which opened its doors in January 2018, has seen much higher demand than initially expected. The hospital’s co-chair, Steve Walker, told Critic that they initially expected around 350 animals to come through over the course of a year; they’ve already exceeded that number six months in. “We are by far the busiest wildlife hospital in New Zealand,” said Steve.

The hospital has proven its value in the months since it opened. They have treated 70 Nationally Endangered yellow-eyed penguins: “Just under 10% of the breeding population has been saved by us”. Their re-release rate is 82%, which Steve describes as an “incredible achievement”.

The hospital was successful in obtaining funding for equipment from various sources, including 120k given by the Community Trust of Otago, meaning in some cases they have “Higher tech than anything in some human hospitals,” and their buildings are provided to them by the Polytech. The hospital’s biggest expense is its staff; it employs one veterinarian and two veterinary nurses, who run all of the hospital's operations with the help of volunteers.

Steve said that not getting funding from the ORC “certainly has made things more difficult” and described their decision as “disappointing”.

“I don’t think as a board we’d be dumb enough to ever depend on funding prior to it actually hitting our bank account, but I am surprised, particularly in the context of them supporting Predator Free 2050 and supporting the research of the yellow-eyed penguin trust; what is the point of having Predator Free 2050 without any fantastic, iconic, unique indigenous fauna to take advantage of that newly predator free habitat? I think we are a vital part of the surrounding processes that they are funding. I’ll be jolly surprised if they don’t fund us when we go speak to them again.”

“The staff behind the ORC are very supportive and I think come October next year there’s local elections and that’s an opportunity for the public to maybe think about who it wants to have representing them.”

Steve said that the hospital is currently looking at other revenue streams, from corporate sponsorship, to private donations, to making a TV show about the hospital.

To donate or volunteer, head to the hospital’s website at www.wildlifehospitaldunedin.org.nz