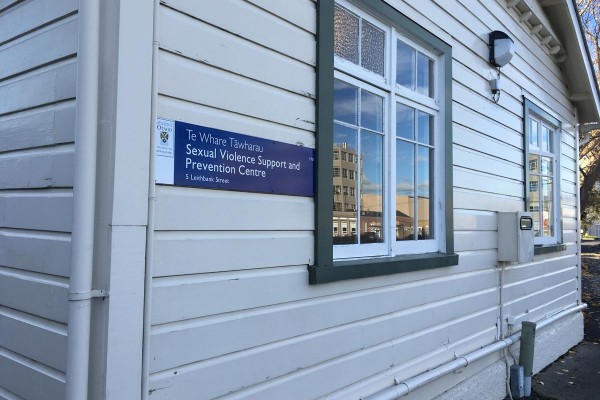 The University is opening a dedicated sexual violence prevention centre, Te Whare Tawharau (a place of shelter), at 5 Leithbank (between the college of education and the commerce building) following a 3-year-long review of sexual misconduct policies.

Te Whare Tawharau is a drop-in centre that offers immediate support for any student or staff member of Otago Uni, even if the incident happened before you began your studies.

“It’s not the be-all end-all of sexual violence solutions, but is a recognition that sexual violence is complicated, has many faces, and is just damn terrifying to deal with, especially for university students who may feel vulnerable and isolated away from the support structures of their home.” said Sinead Gill, member of Students Against Sexual Violence, a group that has been pushing for greater support services around sexual violence.

Te Whare Tawharau provides a human face to talk to with confidentiality and sensitivity, and will offer support and guidance with any further steps you may take. Melanie Beres, the leader of the centre, says that support will be available “whether the matter has been reported to the Police, or not”.

Education and awareness on sexual violence has picked up a lot of steam on campus over the past year. Sexual violence was a hot topic during the 2017 OUSA Election forums, and in 2018 OUSA resurrected the student-led “Thursdays in Black” campaign, which promotes awareness around sexual violence by asking students to wear black on Thursdays, and two sexual harm- related programmes - the “Bystander programme” and “Flipping the Script” - have been piloted in colleges.

As for the 3-year-long Sexual Misconduct Policy review, the end is in sight. Finalisation will mean a change in how treatment of sexual misconduct is clarified, and will, according to Beres, will reinforce “the unacceptability of any kind of sexual misconduct within the University community and providing clearer, and better supported options by which victims can have their situations responded to.”

Anyone who wants more information on the centre, or wants to be trained to become one of their volunteers, are welcome to come along to their open day on May 1st, from 1pm-4pm, as a part of Rape Awareness Week.