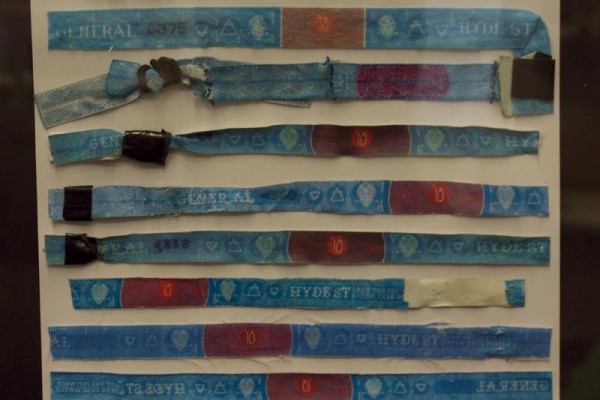 Fraudsters and shucksters stepped up their game for this year’s Hyde Street, as fake wristbands saw a level of professionalism never before seen.

Event staff said that several of the wristbands scanned over the course of the day all showed up as the same female second year law student, despite many of the wearers clearly not fitting the description.

Critic understands the source of the wristbands to be one flat, which invested in a high quality fabric printing machine with the ability to recreate the band on both sides, and even included the same black plastic teeth as the actual bands.

With Resident’s tickets all being sold for over $100 on Facebook, the fake ticket trade is potentially very lucrative, and the complexity of the design has increased alongside the abilities of forgers. The first year OUSA ran the event, generic coloured plastic bands were given out and many students found that they could suss their way in with a simple trip to Moana Pool to pick up the same colour band.

In order to ensure crowd numbers aren’t above expectation, OUSA usually takes into account that around 200 of the attendees at the Hyde Street Party won’t actually have tickets.