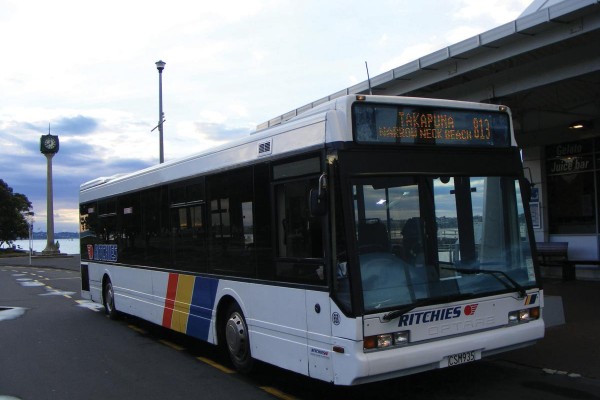 The Pharmacy Students’ Association (NZAPS-O) has been fucked over by a bus company while trying to attend their annual Pharmacy Camp.

In February this year NZAPS-O chartered Ritchie’s Bus Service to take 120 students to Pharmacy Camp. Laura Pidcock, the NZAPS-O President, confirmed with the bus company once over email and twice over the phone in the three weeks prior to the camp. One phone call was made the day before the event, “just to make certain that the transport was confirmed”.

Laura then received an email from the bus company at 10pm – “who even checks their emails at that time?” – the night before the camp saying that “due to operational issues with a number of our vehicles and staff resignations we find ourselves unable to deliver the services for you tomorrow. Please feel free to call me if you wish to discuss further”.

Laura says that she “rang immediately and received no answer multiple times”. She says she was “thrown into a mad state of panic” and had to organise the students with cars to take those without, which she described as an “almighty feat”. “Keeping track of everyone was difficult and it was a much more dangerous option than a bus.”

When everyone arrived at the camp NZAPS-O called Ritchie’s again to see whether they could take the students back at the end of the trip. Laura says that “The reply was something along the lines of: ‘Yeah nah, sorry mate we can’t do that either’.”

“Ritchie’s were rude and I was completely mucked around and promised a service they couldn’t provide at far too late notice. We are just as important as any other paying customers and although we are a students’ association it doesn’t mean our heads are any less on the line. Because there was a number of tour boats arriving that weekend they all too easily neglected their values of ‘supporting the local community’ and seemed to only be looking for financial gain.”

When asked for comment by Critic, Malcolm Budd, Business Development Manager for Ritchie’s, said that “I would like to apologise for the delay in responding to the concerns and apologise for the very poor service received”.

“We pride ourselves in providing good service and its [sic] disappointing to hear that this was not the case. We have implemented processes to ensure issues like this do not happen again. As a gesture of good will [sic] we would like to offer a discounted rate for the next pharmacy student transfer.”