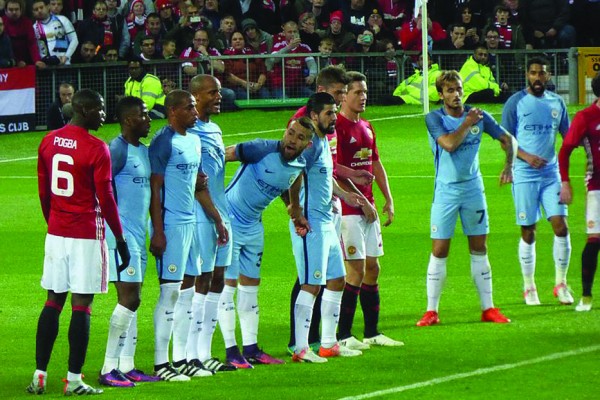 It’s a true pleasure to be bringing you the shittiest sports chat in the country for another year. It’s been a huge summer for sport, with Fed confirming himself as the men’s tennis GOAT, the Black Caps pasting some mediocre opposition, and the big dogs in leagues such as the NBA and the English Premier League doing bits. 2018 looks to be busier than a one-armed bricklayer in Baghdad, and I’m fizzing like a Mentos in a Coke can to bring you the big and the pointless of the sports world.

To get the ball rolling like Jamie Mackintosh down a grassy knoll, here are ten predictions for the year ahead:

With the likes of Nadal, Djokovic, Murray and Wawrinka recently floundering through injury and a lack of form, the Croatian craftsman has a superb chance this year to take the next step. He’s already doing so, if his hard-fought final with Federer in Melbourne is any indication. Expect to see plenty more from Marin this year.

Look, I know we all love Joseph Parker, but the harsh reality is that his bout with Anthony Joshua is two or three fights too early. I really wouldn’t be surprised to see a KO here. The huge fight to watch out for this year is the potential clash of AJ and Deontay Wilder - a contest George Foreman has described as the most anticipated in boxing.

The French football team is in the midst of a golden generation, consisting of titanic names such as Pogba, Varane, Martial, Griezmann and Lloris. They will travel to Russia this year to compete with Brazil, Germany and Argentina amongst others for the World Cup. A France vs. Germany final is my pick, with Germany relinquishing their crown.

Fuck I hate the Crusaders. More than I can put into words. So this really hurts to say. They do, however, have a forward pack swelling with All Blacks, and the Drummond-Mo’unga pivot will be even better for another year together. Scooter is a good bastard though, and his breakdancing will almost (key word) make it worth it.

Pep and Mou look like they’ve finally started to bring their dynamic duels from Spain’s La Liga over to England, and Pep is set to go 15-love up. The trio of De Bruyne, Silva and Sterling have been at the forefront of their charge, and Pep will want the league sorted early so they can go after a Champion’s League gong. They won’t win that.

The boys from the beach will get their hands on the Dunedin Club Rugby title. They consistently make the final and this year they’ll come up trumps.

Still languishing in the second division, the Razorbacks tripped up at the final hurdle again in 2017. Wellington is back down this year, and that’s pretty much all we need to hear.

They all plan to be back to their best and on the Gold Coast in April 2018, along with Caster Semenya, Isaac Makwala, Wayde van Niekerk and Tom Walsh. Should be a decent watch on the track, and that’s the most interesting part.

Yeah we get it, you’ve got four all-stars. Everybody still hates you.